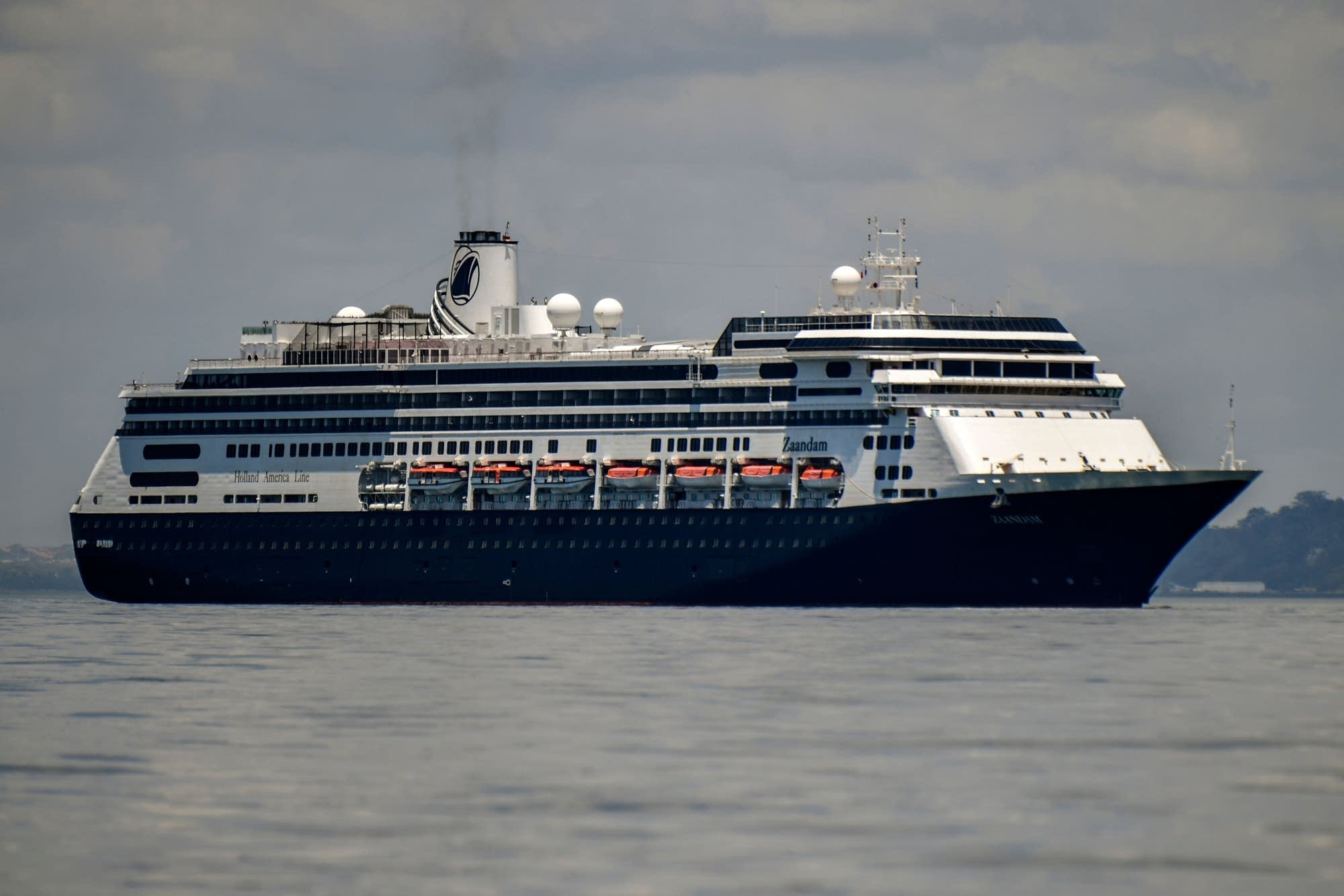 One of the worst medical days of my career was several years ago while I worked in a remote same-day clinic. We had minimal appointments, but most patients just showed up and were seen as soon as possible. It was the doctor, the receptionist and me. When I say remote, I mean remote. Our clinic was open Monday through Friday, but if there was a real emergency, ultrasound, or X-ray, the patients often had two choices, drive an hour to the nearest hospital or wait until the tech came out for the following visit. X-ray would come out twice a week, and ultrasounds came once a week. We would schedule a day for ultrasounds for our pregnant patients or other issues. It was easier to schedule X-ray appointments because often they didn’t have special instructions as the ultrasounds did. 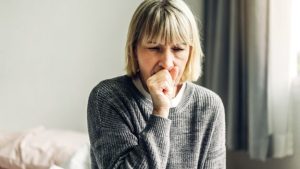 Susan Ray came into the clinic on a Tuesday and was asked by the receptionist what her complaint was. Susan reported that it was a cough with fever and chills. Indeed, it was nearing flu season, and Susan wasn’t the only person in our clinic that week with this complaint. The receptionist gave her paperwork to fill out. Our receptionist, Betty, is incredible. She will watch each patient who comes through the doors while they are waiting, and she will write down a few notes on what she sees.

Susan filled out the appropriate paperwork and provided an insurance card. Susan Ray was reasonably familiar with how things worked, and she had been seen in the clinic several times over the last few years. This was the first time she had been in the clinic this year. She had diabetes, hypertension, and here and there problems with arthritis and heartburn.

Susan probably coughed four or five times in the twenty minutes she waited to be brought back to a room. There were eight people in the waiting room when she arrived. We were normally efficient and could place three people in the exam rooms at a time. On this Tuesday, we did a great job. Our waiting room is relatively small, and people need to sit close by each other. Not once, while Susan was coughing, did she cover her mouth. A few other patients wanted to move, but they had no place to go. Otherwise, Susan was very talkative to the other guests in the waiting room. They shared a few stories and talked about why they were there.

I brought Susan back to her room. Her weight was down five pounds from last year, and her blood pressure was well controlled. She told me that she had been eating better and exercising. Once in the room, I started asking her about recent problems, new issues, and current symptoms related to her cough. She had no history of asthma or other breathing issues. She had hot and cold flashes. She told me that these symptoms happened because of the dry air this time of year and had been going on for two weeks. Her farm had a lot of dust, and she had been outside as much as possible.

“Anything else?” I asked.

I nodded and left to get the doctor.

Doctor Valentine entered the room. He started with some small talk and asked how Susan Ray’s family was. Susan was happy and told a few funny stories. Her kids had left the house, but one was close by, and they had Sunday dinner weekly. The other three kids had moved to the city.

“I have this terrible cough.”

“How often do you feel that you cough? A few times during the day? Is it worse at night?”

“Oh. Yes. It has been terrible. It is substantially worse during the day, but it is still a problem at night. It wakes me up sometimes. I feel like I am soaking wet all the time. The nurse said that I had lost a ton of weight. I barely have an appetite and feel so weak and tired all the time.”

Doctor Valentine glanced at me momentarily. He asked, “How long has this been going on?”

“What do you think could be causing this?”

“I don’t know, doctor. But I am really sick. My kids are worried. They almost forced me to go to town to get tested.”

There was a knock at the door, and I went to open it. Betty, our receptionist, stood there, and she whispered, “We have a problem in the waiting room. Several of the patients are refusing to leave.”

I told Doctor Valentine that I would be back.

Stepping out of the door, I heard Susan Ray say something about being on a cruise ship a month ago, and I shook my head as I closed the door. She had never said anything about a cruise or most of her symptoms. When I walked into the waiting room, there was a flurry of commotion.

Several patients were upset. I asked what was going on, and they told me that they were distraught because they had just had an exposure to Tuberculosis. I was confused and didn’t know what they were talking about. I had everyone sit down, and I picked one patient, Jimmy Sanders, to give me an explanation.

Jimmy said, “I was sitting two people away from that woman, Susan Ray. She started coughing on all of us. She refused to cover her mouth and told us that it didn’t matter because she had Tuberculosis and would die anyway.”

“Tuberculosis?” I asked. “Are you sure?”

Other patients confirmed Jimmy’s story. They were seriously freaked out.

I said, “Let me go talk to Doctor Valentine, and I’ll tell you what needs to happen.”

“Don’t take forever. If I need to go to the hospital, we will need to take off before it gets too late,” replied Jimmy.

I quickly hurried off and knocked on the door. I opened it a crack and asked for Doctor Valentine to step out of the room.

“What is it nurse Jaime?”

“Apparently, Susan Ray told everyone in the waiting room that she has Tuberculosis and is going to die. They are agitated and want to know what they should do.”

“Susan said this to them.”

“That’s what they are saying.” I added, “She told me that her cough was from the dry air from her farm.”

Doctor Valentine appeared puzzled. “She just told me that she has a family history of Asthma.”

“Something is off about her,” I said.

Together we went back into the room. Doctor Valentine said, “Have you been telling people in the lobby that you have Tuberculosis?”

“Do you know what TB is?” asked Doctor Valentine.

“A condition caused by a bacteria called Mycobacterium tuberculosis, and the bacteria attacks your lungs. It is spread through the air when someone coughs, sneezes, or talks.”

“Okay,” said Doctor Valentine. “How do you know that you have TB?”

I asked, “Why didn’t you mention to me that you had been on a cruise ship?” 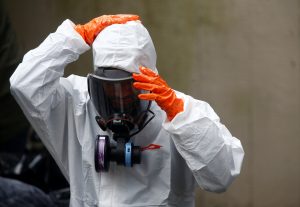 Doctor Valentine said, “If you had been diagnosed on a cruise ship, you likely would have been quarantined.”

I added, “You kept telling me that your cough was from the dust at your farm.”

“Coughs can be caused by multiple things Nurse Jaime.”

Doctor Valentine said, “I did an exam, and you expressed to me about a possible family history of asthma.”

“Tuberculosis can be identified by a blood test and a Chest X-ray. We will order both to find out what is happening. X-ray will be here in a few days, and we can send out the blood work today.”

“My kids are concerned that I am going to die.”

“We will make sure that we find out what is really going on.”

The other patients were placed on a list to be notified, explained that more testing was needed. For now, they shouldn’t worry.

The next day, when I showed up at the clinic, it was closed. Doctor Valentine was talking with someone from the county’s health department, and they had been notified about a possible exposure to TB. Doctor Valentine, myself, and Betty were unable to work because of the exposure, and the clinic was shut down.

In the end, Susan Ray did not have Tuberculosis. Testing was done immediately for her at the local hospital. It still took three days to get cleared to reopen. I was poked and prodded myself. I had to get an X-ray and give some blood samples. It was a terrible experience.

On Friday, Susan arrived early at the clinic to apologize. She said, “I was so worried about my cough, and my kids wouldn’t listen to what I was saying. I went on a cruise a year ago and did have some issues with coughing. But I guess it really isn’t that bad.”

“My son searched on the internet and came over this last Sunday. He was convinced that I had Tuberculosis, and he convinced me that I did as well. I didn’t know about the testing and what TB really was. I am so sorry.”

“No problem,” Doctor Valentine said. “My staff and I needed a little vacation, hazmat suits, tons of tests, and it was good to have a getaway. Now, we’re ready to get back to work.”