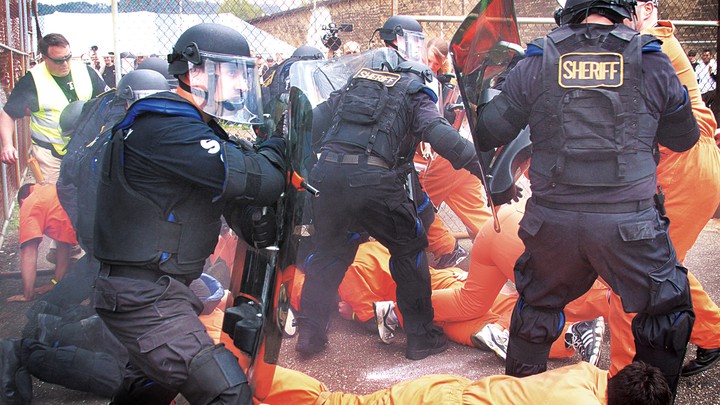 Riots are an uncommon thing to happen in most prisons. There are a select few prisons that have seen a larger number of episodes of disorder and chaos by certain groups or individuals.  Riots can have devastating consequences and often lead to staff and inmate injuries, lockdowns, violence, and retaliation. Causes of riots can vary from anger a prison staffs, to gang violence, to boredom. Whatever the cause, riots are more effective as more and more inmates are involved and/or detailed planning.

Such a riot occurred in our prison. We had heard some of the grumblings of the inmates and knew that they were upset about how cold the prison was at night. We have an older prison and it is harder to heat the entire building. One specific area seems to have a harder time controlling the temperature. Common sense, from an outside perspective, would be to give out more blankets. But truthfully, that gives the inmates more weapons and opportunities to hurt themselves. We’ve seen similar problems five years earlier when we had an even colder spell. 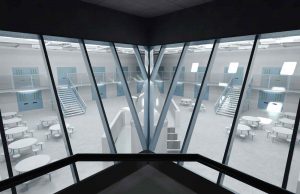 Four days after Christmas, a few years back, we had a riot that started around seven in the evening. Cell blocks in this particular area are divide into 4 sections. Each section has 15 cells on the bottom floor and 15 cells on the top floor. There are typically 56-60 inmates in each section. That means – this building holds at most 224-230 inmates. The section that started the riot was #4. There are typically officers in the sections that monitor inmates, solve problems, watch and prevent problems, and much more. Sometimes they have to leave a section for one reason or another. They are always coming in and out of the section. There is a control room that monitors each section. Luckily, during this riot, the officer was dealing with something else, in another section, when it started.

Approximately ten of the cells on the bottom rushed out with their mattress and created a barrier. There were approximately twenty inmates that were doing this. One of the first steps in a riot is to create a barrier for when the officers start sending in pepper spray. Pepper spray comes in different forms. Sprays and pepper balls are often used. There are foggers but our prison didn’t have one of these at the time. Another dozen or so inmates started pasting newspaper and other papers to the lower edge of the section. Looking into the section from the control room or a hallway is done through specialized plexiglass. It is a wide-open area and therefore the inmates want to reduce the visuality into the section as soon as possible.

It doesn’t take long for the staff to realize what is happening. Other officers are called, medical staff, and administration. Soon there are many people mobilizing and coming to this area of the prison. Several teams are created to attempt to solve this problem peacefully.

It quickly becomes apparent that no demands were going to be given early on. Many speculated the reasons for the riot. Escape was not really a possibility but suddenly items were smashed into the outer walls of the section. They were attempting to destroy whatever they could.

Pepper spray was soon deployed into the section of the prison. The inmates were well prepared with cut shirts and towels draped over their mouths. If things got too bad, an individual would retreat into some of the upper rooms where they would open the window an inch or so. Bars prevented any escape. Fans pushed around the air. Soon, a cloud hung over the entire section. However, the inmates did not seem to be giving up anytime soon. In one or two of the back rooms, it appeared that the inmates were trying to light fires.

An hour into the riot, the entire lower area of the section was covered with newspaper or other papers. This made looking into the area more difficult. The inmates were also trying to throw things at the cameras inside the section. A few had been knocked out of place. Ladders were brought in to get a higher vantage point and a better look. When the officer climbed the ladder, he noticed that there were at least 30 inmates damaging the bottom floor. There were piles of mattresses that were carefully placed and inmates were assigned to hold them up. Indeed, two fires had been started.

It was decided that a paintball gun would be used to spray pepper spray in certain areas of the section. These balls are often used to spray pepper chemicals for further distances. When the balls break, the chemical is released. A small hole cut in the upper portion of the wall is opened and one officer begins shooting into the section. Again, the inmates are ready for this and the mattresses are placed in position. The pepper balls hit the mattresses and some of them don’t break. Others are shot into the ground, spraying the chemicals around the room. 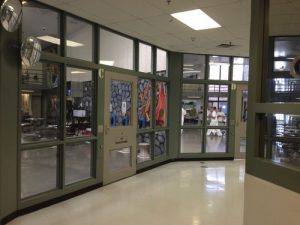 A second hole is opened and from a different angle, a round of pepper spray balls are sprayed into the area. The leader of the riot is targeted. He has wrapped a towel around his head. He has removed his shirt and pants and is wearing shorts. The temperature inside the section has increased substantially. He is screaming and shouting and willing others to stay strong. His voice is heard above all the others. More items are brought out of cells and a number of people move towards the plexiglass and start hitting the plastic. They are at an angle that they can’t be shot by the pepper ball gun.

The leader starts screaming and running across the back of the mattress wall. Several pepper balls are sent in his direction. He is seen running quickly back and forth, almost like a braveheart moment. On his third pass, he suddenly stops screaming and falls to the floor. He was running so quickly that he slid several feet.  Just as quickly as his screams stopped, they are restarted, but this time, they are screams of agony. Everything in the section stops. Inmates come out of their cells to look at what is happening.

Ten minutes later, the riot has completely ended. Most of the inmates are sent to the upper rooms. Once the inmates are secured, several officers rush into the section and put out fires, remove newspapers from the walls, and take control of the situation. Our medical staff hurries into the area and immediately begins to administer medical help to the leader of the riot. He has been screaming nonstop. For the last ten minutes, he was pleading for the other inmates to stop what they were doing so that he could get medical help. It worked.

The first nurse, Vincent, to arrive near the inmate asked, “What hurts? Are you having trouble breathing?”

Inmate Bertrand yelled, “Get me out of here!”

Vincent replied, “Tell me what is going on.”

“I can’t walk. It hurts so bad.” Inmate Bertrand demanded, “Get me on a gurney and get me out of here.”

The gurney was called and Inmate Bertrand was quickly transported to the medical department.

The other inmates were quickly removed from the section. Ten had breathing issues and needed to be closely monitored. Showers, new clothing, and lockdown cells were given to each inmate involved in the riot. Turns out, there were about fifteen inmates that played no part in the Riot.

Inmate Bertrand arrived in medial. He screamed the entire time he was transported. Much of what he said was unrecognizable. A doctor was waiting for Inmate Bertrand to arrive. Doctor Yapp asked, “How is he?”

Bertrand was moved into an examination room. Two officers stayed close by as Doctor Yapp, Nurse Vincent, and two other medical staff tended to the inmate.

Finally, Inmate Bertrand said something that they could understand, “My balls! My balls!”

They removed his shorts and underwear and they found an explosion of pepper spray entering the room. Everyone began coughing immediately. Masks were passed out and all the clothes were removed from the room. Between burning eyes, Doctor Yapp found that a pepper ball had directly hit one of Inmate Bertrand’s testicles. It had damaged the skin and tissue significantly. Inmate Bertrand began vomiting either from pain or the pepper spray, but most likely both.

The scrotal damage turned out to be a medical emergency. Inmate Bertrand was transported to the local hospital and quickly into surgery and the affected testicle was removed. He never caused a single problem inside the prison from that time forward.