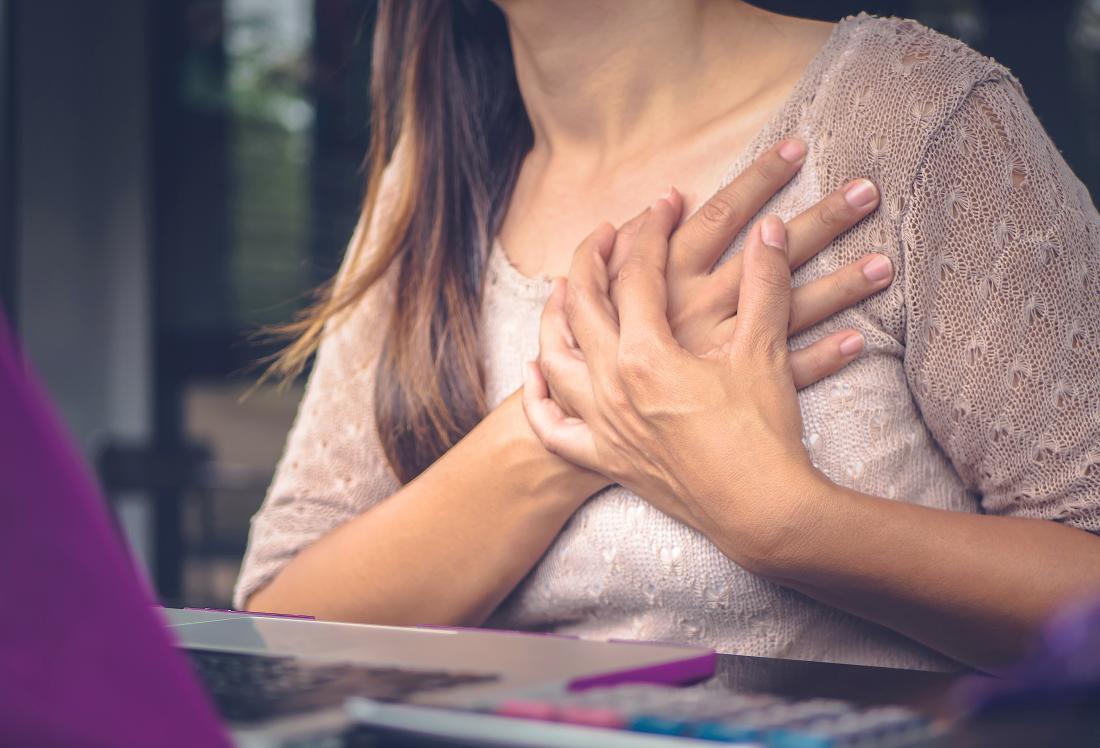 Florence walked into the Emergency Room feeling the worst she had felt in two or three weeks. It was nearly four in the morning, but a half dozen people were waiting to be brought back into a room. Florence was upset and unsure that going to the doctor again was the right thing to do. This was her fourth visit to see someone, and she didn’t think she would get any more answers.

The first two times, she had seen her regular doctor, who gave her some things to look for, dietary changes, and some medications. Those recommendations worked for about six months, but then her symptoms returned. The last time she came to the ER, she left with no answers and more questions.

An hour ago, she woke from a dead sleep with chest and abdominal pain. This was very similar to when she had come to the hospital previously, except the pain was worse this time,. She had had blood work done, an EKG, and was given an IV and some medications. The doctor had explained that it hadn’t been a heart attack and that he thought it might be a muscle spasm or some heartburn.

Heartburn had been what her primary care physician had said as well, over six months ago. She had been given two medications to help with reflux or heartburn. Again, that had worked for six months. She and her husband had started exercising a bit more, and she had lost ten pounds. She avoided certain foods that seemed to make things work and explicitly avoided eating after eight p.m.

“Can I help you?” asked the receptionist.

“I’m having chest and abdominal pain that started an hour ago. This is the worst it has ever been.”

“Have you been seen for this before?”

“A few times, but it isn’t getting any better.”

“Who have you seen?”

“I came to this ER about three weeks ago. Before that, I saw my doctor. I explained all of this the last time I was here.”

Florence spent the next ten minutes working out insurance issues and paying a copay.

“Have a seat, and we’ll call you back as soon as possible.”

“Thank you,” Florence said, turning to find where her husband was sitting. He had parked the car when she had come in.

When she sat down, he said, “The billboard shows a fifteen-minute wait.”

“I think it will be longer than that.”

Nurse Dawn brought her back to her room an hour later. This lady was older, kind, and talkative. Florence learned a lot about the women even before she was settled in her room. Her blood pressure was normal, 133/79. All her vitals were normal as well.

“Does that mean anything?” Florence asked.

“Maybe.” Nurse Dawn added, “I think that Dr. Bradly will want an EKG. Have you ever had one before?”

“A few different times. I was here three weeks ago with the same complaint. It is much worse this time. They did an EKG at the time and some blood work.”

“Oh great,” Nurse Dawn said. “We can pull that one up and compare it to today’s.”

“I take some for anxiety, depression, thyroid, and two for gastric reflux disease.”

“Thanks. I’ll go talk to the doctor and be back in a few minutes.”

Nurse Dawn was gone for fifteen minutes. When she returned, she said, “He does want some blood work, an IV, an EKG, and some medicine that you can drink.”

“I remember that. It didn’t taste very good the last time.”

Nurse Dawn smiled. “It doesn’t taste any better. You would think that after all this time, they could come up with a better-tasting combination.”

“I wish.” Florence got undressed, and the pads were placed on her chest. It took five minutes to get everything with the EKG done.

Nurse Dawn said, “We have a newer nurse who would like to come in and start your IV. Is that acceptable?”

A tall man, nearly six feet two, came in. His hands were big, but he was gentle. He was introduced as Eric. He did a wonderful job, and on the first try, he expertly placed the IV. Blood was first taken out to be sent off, and some fluids were started. Last, the cocktail of liquids was given, and she downed the entire shot. 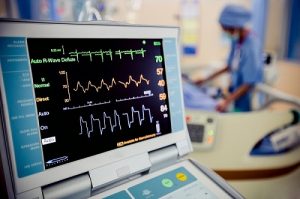 Twenty minutes later, Dr. Bradly arrived holding a chart. He introduced himself and dove right in. “I read the report from the last time you were here. The EKG from last time and this time look the same. We’ll wait for the lab results, but it doesn’t appear to be cardiac.”

“That’s not the news I was hoping for.”

“I want to understand what is causing this. It is miserable. I can’t begin to describe how horrible I feel.”

“Are you feeling any better after the concoction that you drank?”

“Have you ever had a colonoscopy or an endoscopy?”

“Which one goes into your intestines?”

“I had that a few years ago. I’ve never had the other.”

“Sometimes when a patient has heartburn that is not well controlled by the medications they are taking, it might be important to get a camera into the stomach to see if there are ulcers or other things.”

“Can I have that done here?”

“No. But we will schedule you an appointment and can get it done in the next week.”

Florence felt a small amount of relief for the first time in a long time.

“There is also a test to check for a certain bacteria in the stomach called H. pylori. We will test for that as well,” replied Dr. Bradly.

“Did they check for that the last time?”

“I don’t think so. Previously, they were focused on the heart because that was where most of your pain was. However, this is the second time we’ve seen you, and it sounds like your primary provider has seen you a few times. Seeing a gastro specialist is the next step. Can I do an exam?”

The exam was detailed, and Florence was relieved that Dr. Bradley took the time to check her out. Once he was finished, he asked, “Have you had any weight loss, night sweats, nausea, loss of appetite, or anything else?”

“My doctor recommended that we change our diet and increase our exercise. He said that some heartburn could be related to being slightly overweight. My husband and I are healthy, but we have worked hard. I think I’ve lost ten pounds. I don’t eat as much as I used to, and I am past having hot flashes with menopause.”

“That’s good to hear. Why don’t you relax and we’ll wait for the results of your labs. It shouldn’t be much longer. If everything turns out normal and you are feeling better, we will probably let you go home.”

When the doctor left, Florence’s husband asked, “Are you feeling any better?”

Thirty minutes later, Nurse Dawn and Dr. Bradley came into the room. Dr. Bradley said, “Everything came back normal. Looks like you are in good health. I’ve written you a referral to get an endoscopy next week. They will call with the directions and where you need to go.”

“I’ve also increased your proton-pump inhibitor. The medication you take for your stomach. It will still be twice a day, but the dose is increased.”

Nurse Dawn said, “Are you feeling any better?”

“The drink helped a tiny bit for like twenty minutes. Now, I feel as bad as ever.”

“Where is the pain?” asked Dr. Bradley, and he stepped closer.

Florence pointed to her stomach, her chest, and even her back. “It feels like someone is stabbing me.”

Dr. Bradley said, “Let’s get her set up for a chest and abdominal CT. Everything else has been normal, but I want to make sure we aren’t missing anything.” 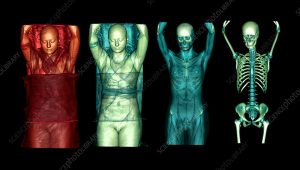 Florence was pushed to the back fifteen minutes later. When she returned, Florence was in bad shape. The pain was far worse than ever. Luckily, the nurse had gotten orders to give some pain medications. When the medication finally started helping, Florence felt the first sense of pain relief in weeks. She had not realized how much pain she had been in.

Dr. Bradley came in sometime later, and he was pale and unsteady.

Florence’s husband asked, “What is wrong? Did you find something?”

“We did. I think we know what is causing your pain.”

He nodded his head. “The CT of your chest and abdomen shows that you have a large pancreatic tumor. All indications show that it has moved to some of the surrounding tissue. You will be admitted tonight and will see oncology tomorrow.”

“What do you mean finally?” asked Dr. Bradley.

“Now I finally know this pain is not all in my head.”

“It’s definitely not. But this is going to be a long and difficult road.”

“I’ve lived a good life,” said Florence. “But I’m not ready to give up yet. I’m ready for whatever comes.”