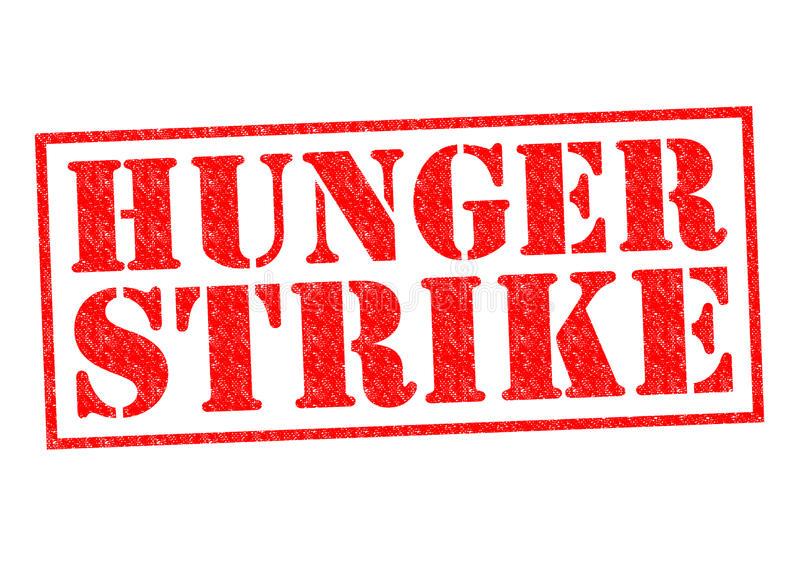 Whether you believe it to be a good thing or not, Inmates have legal rights. Some of those legal rights include refusing to eat, drink, take life-saving medications, and many more. Medical personnel in prisons and jails can’t force an inmate to take their medication or allow a medical procedure. Sometimes, the court system, mental health professionals, lawyers, and judges can intervene to force a medication and/or treatment. This is a difficult process and is often a lengthy process. Several different mental health evaluations and such are involved as well as a court proceeding. But, in the end, if a mentally sound individual wants to refuse treatment, they have that right.

Jacob was arrested and sent to prison for the ninth time. He didn’t want to be there and didn’t feel that he should be. He believed that he was being railroaded. Those pictures on his computer and the gun in his closet were not his and he had no idea how they got there. Jacob loved to eat food and play video games. He had been placed on disabilities ten years previously. He was over 300 pounds and had no desire to change his diet or get any exercise.

Surprisingly, when he arrived to prison, he was taking no medications. He was rather healthy, strong, and in good spirits. He has never reported depression or taken any mental health medications. The intake process and his first month in prison went by smoothly. He was happy and doing as much of the programs as possible.

More than thirty days after he arrived, it became clear that he was not going to be released from prison any time soon. He had been hoping to stay in prison for 90 days and back onto parole. The court system had different ideas. Previous sentences were enacted and he was going to spend five years in prison. This new information put Jacob into a tailspin. He was upset and angry. The first thing he decided to do was to start refusing to eat.

Hunger Strikes in prison are common. Often patients who want better meals, better living conditions, or a number of other things, start a hunger strike. Many patients refuse meals that come three times a day from culinary or the kitchen. Depending on the facility – a hunger strike begins after the ninth refused meal – approximately three days. Inmates also can purchase commissary and can choose quite a few different food options. A true hunger strike occurs when they are eating nothing from commissary. Trades and other maneuvers can get inmates’ food. So, out of every 10 people on hunger strike, only 1 or 2 are actually not eating anything. Officers and staff try to watch closely and determine who is really refusing to eat.

Jacob was full bore refusing to eat. On the same day he started his strike, he threw out of his cell door, his entire food supply. It was quickly gathered up by other inmates.  Around day five of his hunger strike, he refused to get out of bed except to go to the bathroom. Medical staff, officers, and others were coming every day or several times a day to check on him. He refused to talk, eat, or anything. No one had observed him drinking any water. Medical staff arrived and for days five through nine – he allowed blood draws and such to check for anything alarming.

He was visited by mental health but he refused to say anything. He would lay and sleep in the same positions and became less and less responsive. His vitals remained normal. He would become angry if anyone came to visit him. By day seventeen, he was the talk of the entire prison. Administrators, Prison medical staff, officers, lawyers, visitors, teachers, and even the clergymen were talking about Jacob. Everybody wanted to find a way to help him, but he was now refusing to allow anyone into his cell. It was a guess that he had lost twenty pounds, but more concerning was that he wasn’t drinking. His blood pressure was dropping. The medical staff didn’t believe that he had gone to the bathroom in several days and they weren’t sure he was strong enough to stand on his own. A wheelchair was brought to the cell, but Jacob refused to allow it into his cell. 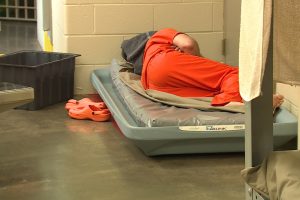 Jacob was never angry and never lashed out to anyone. Officers found no justification in forcing him out of his cell and into another cell. But things were rapidly getting worse. Along with not eating, Jacob hadn’t showered or changed clothing. Administrators contacted local judges and other individuals to determine what they could do. A judge was contacted and he asked to see Jacob in court. At first, Jacob agreed, likely because he thought his actions had produced enough sympathy for him to get released from prison.

The day Jacob was to go to court he asked, “Do you know what this court thing is for?”

A newer officer said, “They want to see if they can force you to allow an IV and force you to shower and change your clothing.”

Jacob refused to go to court. By day twenty-four, things had gone really bad. Jacob was barely awake, he was lethargic and had no energy. He could barely lift his head off the pillow.

The medical provider came to his cell again. He asked Jacob to let him into the cell. Jacob said, “Fine”

Doctor Singh said, “Look, Jacob. Things are bad. If you lose consciousness, we will take you to the hospital. You can refuse treatment up to the point that you fall unconscious. Regardless, at this point, you are really not doing well.” And not for the first time, he said, “Jacob, if you continue doing this to your body, you will die.”

Jacob said, “I know. It would’ve been better if you guys had just released me.”

“I can’t control that. I am here because your life is at risk.”

Jacob began crying and said, “Take me to the hospital.”

An ambulance was called. Jacob had no energy to move on his own. It took six people to transfer him onto a gurney and transport him to the waiting ambulance.

Doctor Singh noticed large stains of fluid and blood on the sheets of Jacob’s bed.

When Jacob reached the hospital, they had to cut off his clothes. An IV was quickly started to give him fluids. He was dehydrated, sick, and unable to care for himself. A nasogastric (NG) tube was put into his nose to his stomach to give him some nutrition. But the worst part was the bedsores. He had spent the majority of time laying on his right side, facing the wall. He had barely moved over the last four weeks.

Bedsores are medically known as a pressure ulcer. They are common for those who lay in the same place for too long. They can be seen on diabetics, paraplegics, or even geriatrics. Often bedsores are believed to be minimally damaging. This can be true for some patients. But for those who stay in the same position for long periods of time, or have problems with healing, and especially the elderly, they can be devastating. Bedsores are categorized based on how deep they go into the skin. Early on, the sore is just redness on the skin that takes weeks to go away. Deeper tissue problems can lead to sores that go several layers into the skin. In these cases, it can appear like a hole in the skin.

Jacob had six very serious bedsores and several others. The worst sores were on his hip, lower back, leg, and ankle. But really, all his sores were significant.

The first thing the emergency room doctor asked was, “How long have you been in a wheelchair?”

“I’ve only seen sores like this from paraplegics that were left alone for months and months.”

“I am an inmate at the prison.”

The ER doctor left the exam room immediately and began berating the officer. When the officer was finally allowed to speak, he said, “The inmate did this to himself. He has been refusing food for the last 4 weeks or more. He has refused all medical care, hospital transport, or anything else the prison has tried to do.”

The ER doctor replied, “I doubt that.”  However, when he returned to the room, Jacob confirmed that he had refused any and all treatment. But now, Jacob was worried he was going to die.

Jacob had two ulcers that were large enough to fit a softball into. He spent several months at the hospital and in the medical portion of the prison. He required four surgeries to fix the damage from the ulcers. Refusing to eat had depleted his energy and the ability for his body to heal itself.  His ulcers had also caused stress on his other organs. He left the hospital weighing fifty pounds less than before (or more). However, he was now diabetic, had high blood pressure, kidney problems, elevated cholesterol, neuropathy, and joint pains. It took a full year before he could walk properly again.

For the rest of his time at the prison, Jacob regretted his actions. He was trying to prove a point, or get sympathy and be released. But he ended up causing himself so much more suffering and damage. He left prison and never returned again. 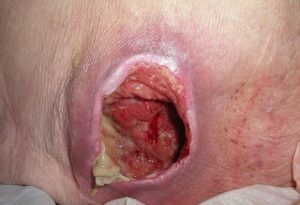 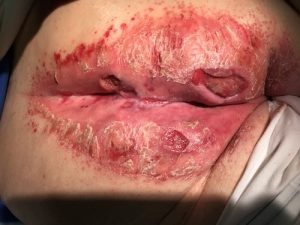