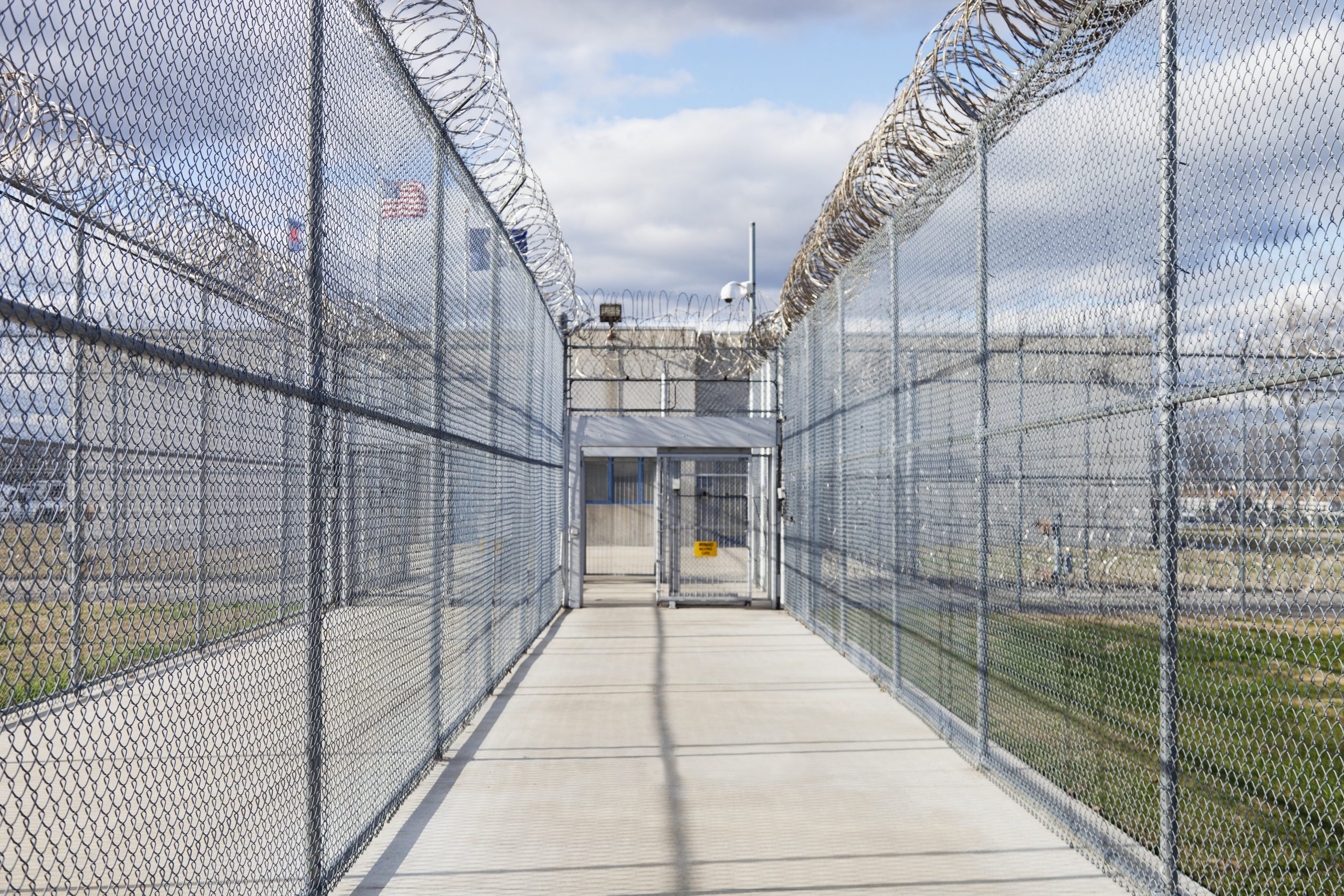 Sometimes in prison, a bad day is made worse by the choices the inmate makes. And really, poor choices could be applied to any one of us but sometimes inmates’ bad choices have serious consequences. Sometimes an inmate will get bad news or even good news, and it is as if all common sense flies out the window. This is exactly the case of our most recent story.  This story comes to us from a prison with 5,000 inmates on a large campus. There is the main building near the front and center of the area. Behind the building and several smaller and different buildings. These smaller buildings house some of the inmates. This prison isn’t on the coast but just a few hours away.

Rico Rodrigues was relaxing and enjoying some time with his friends. It was Friday and he had spent another week working hard to improve his situation. He had just finished his GED class for the day, as he was working hard to get his high school diploma. It had been a productive day and he was two weeks away from taking his test. He was satisfied with his effort and felt that he was far ahead of where he needed to be. To be honest, the primary reason he was trying to get his GED was to be able to leave prison early.

He’d been promised by his lawyer that the judge and parole board would look favorably at him for going to his education classes, working, and taking some religious classes. The added benefit was that he really did want to get his high school diploma and he had plans to use it when he was released from prison. Convicts have a tough time finding jobs once they are released from prison. However, some newer changes give grants and opportunities to convicts, and having a GED would really benefit him.

After class, he was eating and playing cards with his friends, waiting for lunch to be served. In the afternoon, they planned on watching television and more card games. Two back-to-back phone calls changed everything. The first call was from his lawyer. The judge had reviewed the paperwork submitted to the court last month and the judge had decided not to give him any additional time off his sentence if he received his GED. It had been about a 50/50 possibility his lawyer had explained and Rico was positive that he would be given the time cut. It was a hard pill to swallow and Rico was dazed at this news. Instead of returning to playing cards, he went into his cell to think. If this had been his only phone call, he probably would’ve escaped without too many problems. Not five minutes later, another inmate came to find him. He was told that he had another phone call.

This time, the call was from his wife. She was waiting for him and was the rock in his life. She wrote to him every week and put money on his books so that he could buy commissary. She sent him books and magazines. She attended all his court meetings. They had talked several times the first six months that he was locked up. They had plans. Three weeks ago they started planning on where they would live once he was released. She had lined up a few job interviews using the new opportunities that he was given. Best case scenario – he would’ve been out in three or four months. Now that the judge had eliminated that possibility, he would be out in twelve to eighteen. He did not want to give his wife the bad news. He was silent for the first few minutes of the conversation. She must’ve picked up on something as she was unusually quiet.

Rico asked, “Babe. Is everything alright?”

She answered, “I can’t do this anymore.”

The line went silent. Rico kept asking what was going on. Finally, his wife’s father picked up the phone. Rico was told that his wife was leaving the country with his two sons. He wouldn’t be told where his wife was going, and no one was going to be there for him when he was released. Rico had made some huge mistakes, but this news was beyond anything he expected. He argued and yelled and pleaded with the father of his wife. The man pointed out that Rico and his daughter had been married in a backyard near the beach, not two hours away from the Prison that Rico was currently serving. They had never gotten a marriage license or anything else. Rico was told he had no rights to his children or to his wife. He was told he was a criminal and would always be a criminal. As Rico began pleading to talk with his wife again, the man hung up without another word.

Rico was devastated and went into a fog. He became so anxious and upset that he kept thinking that he had to leave and find his wife and convince her to stay. Even days later, he still couldn’t remember what happened after the phone call. It was as if his mind shut off. 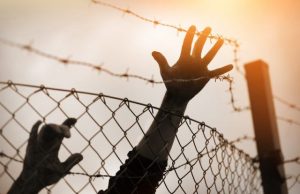 What really happened after the phone call was caught on several cameras. Rico returned to his cell for lunch and remained there into the early afternoon. Around 3 pm he, and his entire section, was taken to the rec yard for some fresh air and exercise. They had a big field, two basketball courts. a few walls to bounce a small ball against, and other things. Rico spent nearly twenty minutes just walking around the field in a circle. He didn’t talk to anyone and when he was approached, he made excuses on why he wanted to be alone.

A small fight breaks out on the basketball court and Rico is seen leaving the field and starts walking away from all the buildings. There is a lot going on and no one really pays Rico any attention.

He is on the far backside of the prison campus and reaches the back end of the field and walks directly up to the twelve or fifteen-foot fence. Without stopping or taking a second glance, he starts climbing the fence. He climbs easily and without any problems. He makes it near the top of the fence, about a foot away. On top of the fence, there is a fair amount of razor wire that is rolled over itself the length of the fence. Somehow, Rico slithers and crawls up the remainder of the fence and through the wire. From the camera angle, it is hard to tell how much he is cut. There is more razor wire on the other side of the fence. Instead of climbing through this wire. He jumps over the wire and falls down towards the ground on the other side of the fence. He lands feet first and doesn’t fall or even stumble.

He is now in “no man’s land”. This area is the ten feet of ground between the inner fence and the outer fence. Even weeks later, Rico can’t tell me how he feels, because he doesn’t remember doing this. Back to the camera, there are no alarms that sound for a full five minutes. But Rico is unable to take another step, and he just stands there. It doesn’t take long for several officers to arrive on the scene. Guns are drawn and a gate is opened and officers rush in and Rico is immediately cuffed. There are shouts and commands but Rico doesn’t move the entire time. A medical van is called to help Rico but he refuses and begins walking back towards the main building, where the medical area is located. It is a full ten-minute walk back to an area and Rico is escorted immediately to medical.

An officer told me that as they walked Rico kept saying, “Just take me back to my cell.”

When Rico arrives in the medical department, an entire team is ready for him. At the door of the main building, Rico is placed onto a gurney. By the time he enters medical, he is screaming and yelling. He isn’t upset that he can’t walk, but rather, the pain has started to overwhelm him. The adrenaline of the situation has finally worn off, replaced by pain that is beyond our understanding. Two nurses and I quickly attend to Rico. Pain medications, IV placement are the first things given. Pulling up Rico’s pant legs – it is obvious that both legs have buckled considerably. A jump from that distance would injure anyone. But looking at Rico’s legs, I knew that he had broken both of them and that he needed treatment far beyond the scope of the prison. We did the best that we could to get Rico settled and an ambulance was called. The surprising thing was that he only had a few cuts on his arms neck, and top of the head. At the time, I didn’t know that it was from a fence.

Once Rico left on the ambulance, one of the Captains came into medical, and said that the security video had been reviewed. We didn’t completely know what had happened when we were treating Rico. We had been told that he had likely jumped from somewhere. When the story was told, everyone was in complete shock at what had happened.  Many of the staff knew Rico and were surprised that he acted in this way. Others wondered how close Rico must have come from getting shot. He had been found trying to escape the prison. They don’t take escape attempts lightly. No one had ever climbed over the fence. Others had tried going up the one side but no one had ever managed to get to the other side. But by far the most surprising thing was that Rico had landed and had walked to the medical building and likely had shattered both of his legs. He had probably lost a half-inch of his height due to this injury. 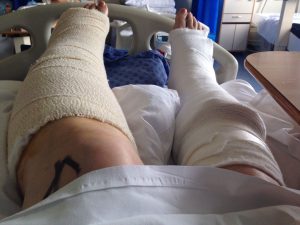 A short time later, Rico arrived at the hospital in shackles and with several officers. After his initial exam, it wasn’t long before he was taken to the OR (operating room) for emergency surgery. He spent several days in the hospital and required a few different surgeries. He required significant treatment and rehab to be able to walk again. It took over six months for things to even start to improve. The information came back even worse when he was given an extra five years – for a charge of trying to escape. All-in-all, it was one of the most remarkable stories that I’ve seen.