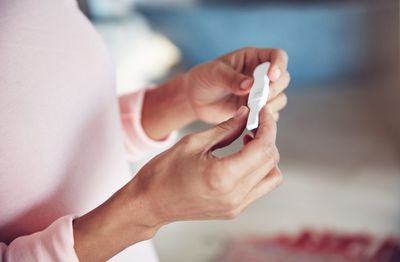 A female patient came into our clinic requesting some information, general testing, and a specific workup for infertility. She was in her thirties and had been with her partner for three years. They wanted to have children, but thus far, had been unsuccessful. She was here, secretly, without her partner because she was worried that the infertility was her fault.

She had spent a fair amount of time on the internet researching PCOS, Diabetes, and several other genetic causes of infertility. She was overwhelmed, anxious, and had plenty of self-pity. It had taken her months to get the courage to come to our clinic.

The nurse checked her in and went over the basics of her health, medications, and family history. There were no reports of any infertility in her parents, grandparents, or siblings. She was not on any concerning medications and had no significant medical history.

After she was arranged in her room, I went to see her. She was distraught and uncomfortable. After introducing myself as Dr. Pamala Larson, we began the visit. 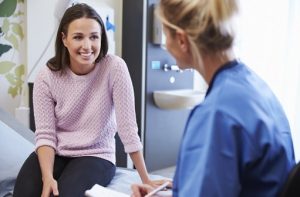 “Hello, Gretchen. I was told by my nurse that you are here with some very personal questions and concerns.”

“Yes, Dr. Larson. My partner and I are struggling to have children.”

“Have you ever been pregnant before? Maybe a miscarriage or something.”

“Have you always wanted to have children?”

“No. For the longest time, I didn’t. A year after I married my first husband, we started trying, but we were never successful. Two years later, it seemed like every one of our fights was centered around not getting pregnant. He became somewhat verbally aggressive. He blamed me over and over again, and he finally left me.”

“That’s terrible. Did you guys get checked out for infertility during your marriage?”

“How long has it been since you have seen anyone for your female health?”

“It’s been a while,” Gretchen admitted.

“I think we should start with a regular physical exam and a pap smear. Does that sound okay?”

“I guess. It has been several years since my last lady exam.”

Her physical exam was normal. She was overly uncomfortable getting undressed before the exam, and Dr. Larson left the room for a few minutes to let her get undressed. She did the same after the exam was finished.

“How does everything look?” she asked once Dr. Larson stepped back into the room.

“Did you think that something was amiss?”

“Not really,” she said quickly. “I haven’t really ever thought about it before. My ex-husband always blamed me, and I started believing it recently. I just was worried that maybe my partner, and I couldn’t have children because there might be something wrong with me.”

“From that standpoint, there is nothing wrong.”

“Then what could it be?”

“There are several things that can cause infertility. We should run some tests, some blood work, and maybe an ultrasound. We can meet again in a week or so, and next time, maybe you can bring in your partner and we could run some tests as well.”

“What kind of tests?”

“Hormones are pretty important to pregnancy, and there are several other things that we need to look at.”

“Oh, I don’t want to hear about that. I get grossed out when I think about that stuff.”

“I hate the idea of donating blood or any needle sticks. I would rather not talk about hormones and the other stuff.”

“If we want to help you, it is imperative that we find a cause. Do you still want to get tested for infertility?”

“Yes,” Gretchen said after a slight pause. “This is something that is important to me. I want to know the truth.”

“Alright. It’s a plan. Let’s get you tested. I’ve ordered the lab work, and you can get it done at the clinic down the street. I’ll call you back in a few days, and we can schedule an appointment for a follow-up.”

Ten days later, Gretchen was back in the clinic. She had gotten the blood work done,  and earlier this morning, the ultrasound was completed. Dr. Larson had looked at the results of both. Gretchen was anxiously waiting, fearing the worst.

She admitted to the nurse checking her vitals that she was far more nervous about the blood work results than she had been for the pap smear. She was also alone.

“Well,” said Dr. Larson upon entering. “Thanks for coming back for this follow-up. It looks like everything came back normal. You definitely have normal hormones, and there were plenty of eggs from the blood work that we got. The ultrasound was normal as well.”

“I was hoping to see your partner today, to do some testing on them.”

“Yea. Like my ex-husband, my partner is proud, and she doesn’t think that the infertility is her fault.”

“Her fault?” asked the doctor. “Is your partner female?”

“Yes. I know it is unconventional for two parents to be women, but I’ve heard that is happening more and more.”

“You both being women is not really the issue.”

Gretchen asked, “Then what is the problem?”

“Who is hoping to become pregnant?”

“At first it was me, but now, we both want to be pregnant. It’s actually a little competition between the two of us to see who can become pregnant first.”

Dr. Larson sat across from Gretchen, trying to assess the situation. Delicacy and tact were required at this point. “Why do you think that this is an infertility thing?” 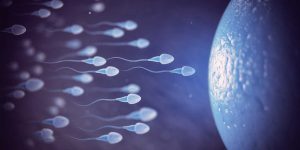 “We tried so many times, and neither of us has gotten pregnant. Initially, we agreed that I would be the one to get pregnant, but after we failed so many times, my partner was willing to try. We’ve honestly been attempting for almost nine months straight. When my partner heard about my problems with my first husband, it became natural to think that it was infertility and my fault.”

“Okay,” Dr. Larson said. “This is going to come out wrong, but you understand how a woman gets pregnant, right?”

“Sexual activity. You have a sperm and an egg, and they combine, and voila!”

“Okay, yes. But if you are engaging in sexual activity between two women, there is no sperm involved, and it would be impossible to get pregnant.”

Gretchen’s face reddened. “Oh. Now I understand. I completely forgot to mention that we are using some sperm from a male friend of my partner. He agreed to help us get pregnant. He donates it a few times a week, and we keep it in the fridge. It just doesn’t seem to be working.”

“You do?” Gretchen asked.

“I don’t think the problem is infertility but the process. For either of you to become pregnant, you need to have some help through the ART program or assisted reproductive technology. In this case, someone in my clinic would introduce the sperm through a tube directly into the uterus.”

“We were trying to do the same thing.”

“I agree,” said Dr. Larson kindly. “But the process you were trying is nearly impossible.”

“Even with two women?”

Gretchen and her partner came back to the clinic the following week for the procedure. They were receptive and easy to work with. They were so excited about the possibilities of a new family. Everything went smoothly, and Dr. Larson was pleased to learn that Gretchen tested positive for pregnancy a few weeks later. The next few months went as smoothly as possible, and when the time came, she gave birth to a baby girl.