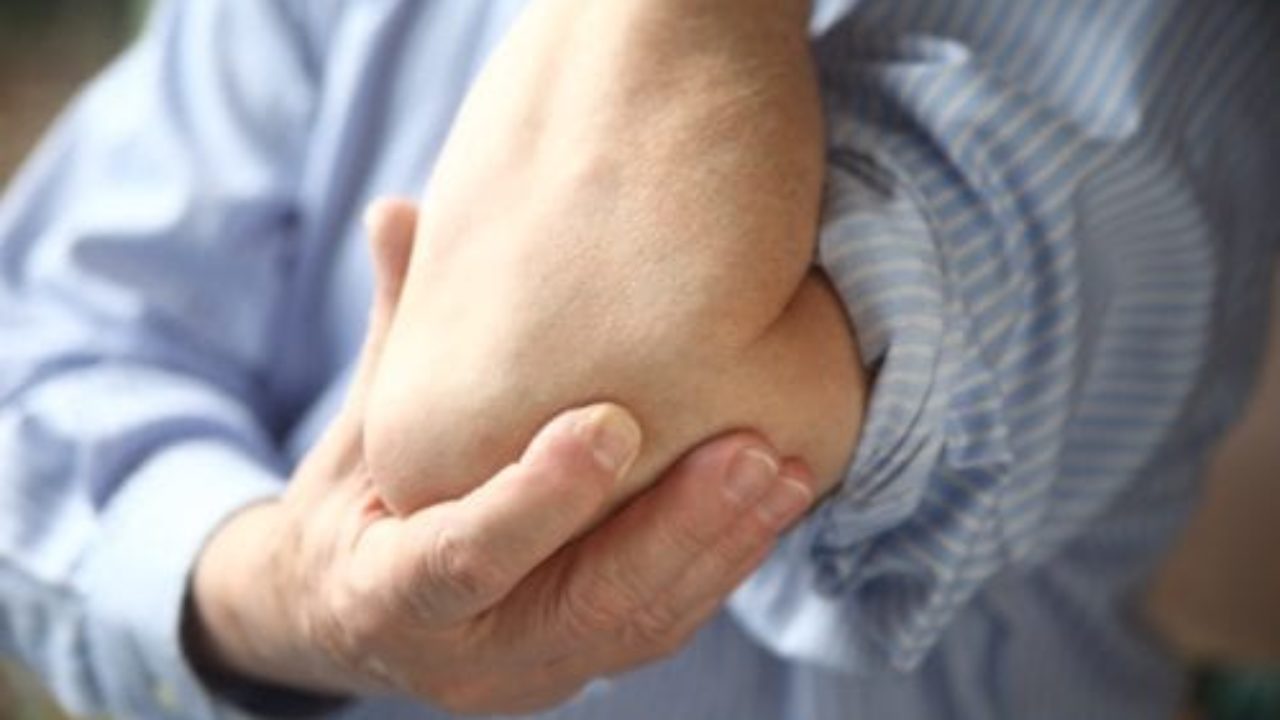 Anytime you have an open wound, you are at risk of getting an infection. This can be from a bite, a cut in the skin, or anything else. When that open wound is there for a long time or is chronic, that risk increases substantially.

This story starts when the patient, Mike Rigby was skateboarding, and the patient fell and injured his elbow. He knew it was injured but he hoped it wasn’t anything serious. He had an abrasion, but couldn’t get a real good look at it. Mike decided to clean it out the best he could and wrapped a large ACE wrap and gauze around it. Over the next few days, he kept having pain. At first, he was reluctant to move it. Around day five, he tried to straighten his arm, but couldn’t. This was when he first became concerned.

He decided to go to the emergency room, where they did an X-ray and it was determined that the severity of the injury would require surgery. The next day, the surgeon placed a metal plate and some screws into the elbow. It took another several weeks for the healing process to be complete. Afterward, physical therapy was required and it healed well. 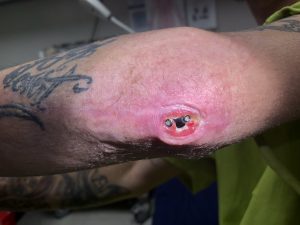 This is where the story becomes interesting. Some weeks later, the patient was out partying and having a good time. As the story goes, he was having a real good time. He was dancing and acting crazy. At one point, he slipped and fell onto the ground. It didn’t hurt really bad, but his elbow started to bleed quite a bit. He covered it with some bandages and drove home. It bled on and off for the next two days.

About 2-3 weeks later, he was required to get a physical for a new job. He was asked if he had any medical issues or complaints. He said, “No.”

When the physical exam was done – when it came to the elbow – there were some obvious concerns. An open wound to the elbow was a glaring concern. When asked, Mike recounted the story of falling but never took the time to look at his elbow. He had felt that it would heal on its own and that it wasn’t a problem. But that was far from the truth of things. 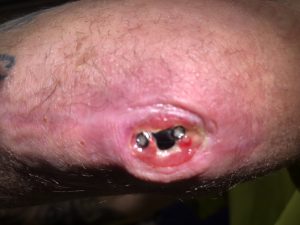 The real problem became with an open wound to the elbow became evident after another X-ray, some lab work, and a CT showed that an infection had not only entered the skin, but it had entered the bone.

The area around the metal became infected and the patient was required to get another surgery. This time, they had to remove the plate, clean out the wound and at a later point, replace the metal plate. It took weeks and weeks for the bone and skin to heal.

Mike has some range of motion loss because of infection and surgery, but it could’ve been a lot worse.