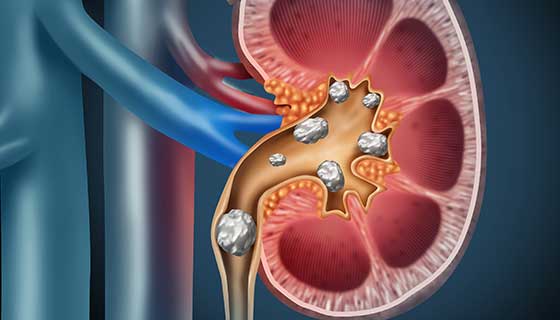 I was seeing a patient, Jeffrey, that I knew pretty well for reoccurring kidney stones and worsening pain over the past few days. Coincidently, this was the third time in the previous three weeks that I saw Jeffrey for the same complaint. He had been my patient for the last seven or eight years, maybe longer. I had seen him the day he was sent for surgery on his appendix about three years ago. I had also seen him for a few colds and ear infections over the years.

Jeffrey had a well-documented history of kidney stones, including previous treatment with medications and lithotripsy. Lithotripsy is a medical procedure that uses shock waves or a laser to break small stones in the kidneys so that they can pass.

The first two times I saw him, he was sweating, grimacing in pain, and had blood in his urine. I had recommended that he get a CT to evaluate the stones, their sizes, and their numbers. I tried at length to convince him to get additional testing. Jeffrey just told me that he didn’t have the insurance for such an evaluation because he was no longer on his parent’s insurance plan. In each of the previous visits, I prescribed something for pain and another medication to help the stones a better chance to pass. 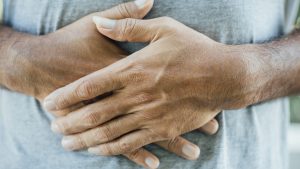 In the exam room, Jeffrey appeared to be in the same situation as before. I was frustrated that he didn’t have a way to get better treatment. I ran through a bunch of questions and performed an examination. This time, the pain was on the opposite side, his left flank, which isn’t uncommon. He looked miserable -cold, pale, clammy. I feared that he was going to throw up in my exam room.

We made a plan for treatment involving an injection of pain and antinausea medication in clinic today, an IV for fluids, and some medicine to go home with. We moved Jeffrey to a different exam room, better situated for IV fluids and laying down. I told him that he still needed to provide a urine sample. I also wanted him to use a special strainer to collect the stone. He said that he would, and I left to find my nurse and gather the necessary supplies.

Kidney stones are quite common and can be excruciatingly painful. If you get one stone, you are at risk of getting another and another. There are some environmental factors that can cause stones, such as food, soda, dehydration, and more. There is likely a genetic factor as well. Some unlucky patients get stones after stones, no matter what we do. I was starting to feel that Jeffrey might be in this category.

When a stone is created in the kidney – it usually passes to the bladder and out the body. That process can be painful. But sometimes, the stone(s) is too large and can’t escape the kidney. When this happens, the pain can be intense. That is why a CT exam and lithotripsy are necessary.

With my nurse’s help, it wasn’t hard to grab the supplies that we needed, including the shot for pain, and head back to the exam room. As my nurse and I stepped back into the room, we were shocked at what we found. Jeffrey hadn’t heard us, and he was talking on the phone. It felt weird standing there and listening. He stood near the sink, and he had something in his hand. His pants were down near the floor.

He said, “I’ll have the pills in an hour. Don’t worry about it.”

Jeffrey was doing something that we couldn’t really see, and normally, I would be worried that he was sick or something. But the way Jeffrey was acting and how he was talking, he was anything but sick. He was almost laughing when he said, “I got this whole thing covered.”

My nurse and I stepped closer.

Jeffrey placed something on top of the sink, but he still didn’t know that we were in the room. I recognized it immediately as a paper clip partially bent so that one side was open. There was blood on the paper clip.

“What in the world is happening here?” My nurse asked.

Jeffrey jumped as if he had been caught by surprise. He turned around, and his face started turning bright red.

To my horror, I realized what he was doing. To get blood in his urine, he was sticking the paper clip, purposely, into the tip of his penis. He was doing this because blood is one of the more essential symptoms of kidney stones. 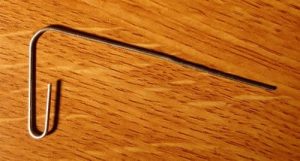 In my practice, I really try to be nonjudgmental towards any of my patients and give them the benefit of the doubt. Over the years, I have learned that not every patient tells the truth, but additionally, most patients aren’t trying to deceive. But what Jeffrey was doing was blatantly clear.

“I can totally explain,” Jeffery said.

I was shocked and saddened at the extreme measures he was willing to take. I had been tricked, and he was caught right in the act.

“I think we all know what is going on here. You probably should leave,” I said.

He quickly apologized, dressed as he grabbed all his items, and ran from our clinic. I haven’t seen Jeffrey since.

I would have never imagined the lengths someone would go through to get pain medications. These days, I am a little more cautious, but I can’t let one person’s mistakes affect how I treat all the rest of my patients. You can’t assume that every patient you see is drug-seeking.