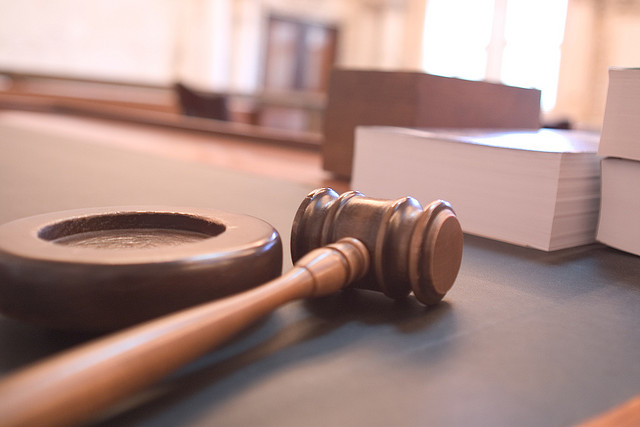 A nurse practitioner (APRN) was called to a court proceeding regarding a patient that was being seen by the court system for refusing to restart his mental health medications. The patient had deteriorated and had some potential criminal charges. She has been treating the patient for almost a year – in and out of jail. The judge wanted to get her input on what had worked inside the jail and if this patient really needed mental health medications and the services provided by the local mental health group.

Mr. Beckendorf was a middle-aged man who wore clothes that hadn’t been washed in months or years. His hair hadn’t been cut since he was released from jail two months ago. Ryle anticipated how he might smell, act, and the risks there were. At times, Mr. Beckendorf could get angry and violent. Over the last two months, he had been brought to the jail countless times but released. He would be given a few hours to sober and to get his fingerprints and then he was released.

The problem was that he had recently made his home, the bathroom at the local McDonalds. He had snuck in one night, a week before this court hearing, and had found a way to evade the workers before they closed for the night. He had helped himself to some of the food in the kitchen area and had dragged some boxes and other items to the women’s bathroom and created his own home. The next day, when the employees arrived, the bathroom door was locked and despite using the key, they couldn’t get it to open. Around noon, the police were called and it took a few hours before the door was finally opened. Mr. Beckendorf has an extensive criminal history and mental health history. However, he denies both. He often refuses to take medications.

Earlier in the year, when he was at the jail, he was placed on mediations. A month or two later, after being consistently on medications, it was the best that Ryle had ever seen him. During that jail stay, he would wash daily, eat regularly, and take his medications. This is often what the medical staff in prisons and jails see, patients are better when they take their medications, and sometimes it takes going to jail to get the help they need. Once they are released, however, some patients stop taking their medications.

Mr. Beckendorf was eventually released, and it didn’t take him long to stop picking up his medications. He often thought he didn’t need them, or alcohol or meth was far better for him. Hence, why Ryle was seeing the judge today. Since the McDonald’s incident, he was refusing to even consider medications.

Ryle waited until it was her turn to address the judge. Several other people had given their opinions and other thoughts. As Ryle approached a podium before the judge, she noticed that Mr. Beckendorf appeared confused and mentally unstable. Before she could reach the podium, Mr. Beckendorf stood and began inching himself away from his seat. At first, no one else saw what was happening. Ryle stopped and watched Mr. Beckendorf, fearing he would run away or towards her or the judge.

He continued back to the sidewall and slid into a small gap. There was still enough room to see what was going on. Soon, the judge, other lawyers, and mental health personnel noticed that Ryle had stopped walking. All eyes focused on where she was looking. Mr. Beckendorf was suddenly very mad and began screaming. At first, it was impossible to understand what he was saying. It was obvious that he wasn’t seeing the world as Ryle or the others were seeing it.

Mr. Beckendorf yelled, “Why would I ever think of going there with you.”

There was a pause in the conversation.

“Like your beauty could ever deceive me enough to believe.”

“Get out of my sight. I never want to see you again.” 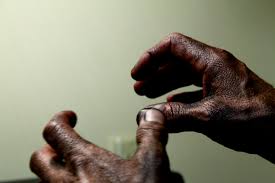 Each of the three phrases was screamed in increasingly high pitches and with more and more anger. Ryle watched Mr. Beckendorf flinch like he’d been hit with a sledgehammer. Mr. Beckendorf reacted in such a way that Ryle would never forget. He turned to his side, facing the back of the courtroom, and lifted both hands, and began strangling, very violently, an imaginary person. It was not a few seconds but over and over again. Foul language surrounded by the words, “Die,” and “Die,“, were heard by the entire courtroom.

Ryle barely had to say anything to the judge. The visual evidence was obvious enough. Mr. Beckendorf was committed to the state hospital the same day. He has been there for one year now. Ryle has a sinking suspicion that she might see Mr. Beckendorf again one day. It is rare that someone stays in the state hospital indefinitely. Hopefully, the next time she sees him, he will stay on his medications.