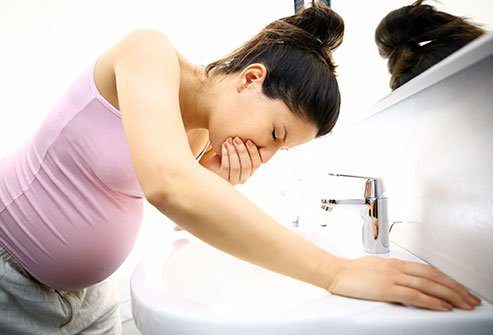 Working graveyards in a nursing home are some of the most challenging work ever. It isn’t a horror show every night, but often, one bad thing turns into fifteen.  I’ve worked in several nursing homes, and each is different, and you have some unique problems, but there are some constants such as diarrhea, confusion, anger, vomiting, and lots of changing underwear and bedsheets. A nurse and two CNAs enter a resident’s room only to discover a very sick patient. The comedy of events that follow will leave you speechless This story is about a vomiting episode from hell.

You spend most of the night running from one emergency to another. There are nights when things are smooth and quiet, but that is a rarity. 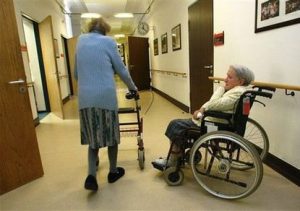 Except for one night, there was a job that I absolutely loved because of my fantastic coworkers, it was a great facility, and it was really the only nursing home that was fully staffed. I worked there for years before I got into nursing school. However, the one night was one I will never forget. I was working with two of my closest friends, a CNA and a nurse. It was one of those crazy nights, going from one problem to the next.

The night began with a disaster. Dinner turned out to be burnt, mainly because we were so busy with problems that we overlooked food. This happens occasionally, but we called out for some takeout, and the food was delivered an hour later. This meant that all the shower schedules, walks, medications, and everything else were an hour later than planned.

Our first disaster was a leaking shower and a patient slipping out of the tub onto the floor. She was small and was a shower chair, so she didn’t get injured but the other CNA, who happened to be pregnant at the time, got a fair amount of water on the bottom half of her scrubs.

The second incident involved a fight over which movie would be watched in our little rec room. Three men were fighting one lady over the movie. She wanted something different, but she also held the remote. The three men tried everything they could think of to get the remote from her, and she was accidentally knocked to the ground.

After that was settled, I was sent down the right hall to start showers and diaper changes for each room. This was the tricky part. I needed to stop at each room and shower those scheduled for a shower tonight and check the other patients to see if any required to be changed. The changing part happens three or four times during the night.

I was three doors from finishing when Becca, the pregnant CNA, called over her radio and said, “Sorry girls, it’s time to meet outside Mr. Davenport’s room. Hopefully, we can be done in less than thirty minutes.”

Samantha, the nurse, and I had already agreed to help with Mr. Davenport. This resident had been sick over the last month and was on some heavy-duty medications. He was angry and spent most of his time in bed, watching television, or sleeping. It was nearing 11 pm, and we were hours behind our regular schedule.

The three of us met outside of Mr. Davenport’s room after gathering our gloves, masks, trash bags, towels, and new bedsheets. We didn’t think that things would turn out to be as bad as they were. Samantha had given him meds fifteen minutes earlier and had told him that we would come back for a shower, bed change, and new clothing. Mr. Davenport hadn’t been willing to shower over the last week, but he agreed to the changes. Coming in as a group would give us the best opportunity to get things done quickly.

The moment the door opened, and we knew that we were in trouble. Mr. Davenport had been suffering from an intestinal disease, and something must’ve happened in the last fifteen minutes.

“I can’t,” Becca said, shaking her head. “What is that horrendous smell? Did he die?”

“Within the last fifteen minutes? Are you serious?” asked Samantha. “I’m sure that it isn’t as bad as you think, and he is on your side.”

Stepping into the room, it was clear that it was far worse than imaginable. He hadn’t died, but it was the foulest possible finding otherwise.

Because of Mr. Davenport’s bowel problems, he hadn’t gone to the bathroom in several days. That all ended today and in an extra special way. This was the worst smelling diarrhea ever, and it was everywhere. It smelled worse than rotten eggs. 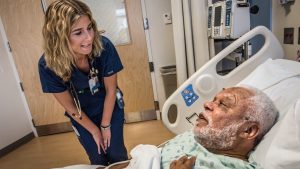 “Are you seeing what I’m seeing?” asked Becca.

“That much poo can’t come out of one person at one time.”

Covering my nose, I added, “The amount isn’t the problem; it’s the smell.”

Becca was correct; she shouldn’t have joined us. Less than a minute after seeing the diarrhea and smelling it, she was sent into a fit of vomiting. She wore a mask and couldn’t react in time to pull it down off her face. She projectile vomited directly into her mask and all over her own face. Pulling down her mask, she began to heave onto the floor.

Samantha was the closest to Becca. “Oh no,” she screamed, and it didn’t take long for her to start vomiting as well. She must’ve lost her mind because she hustled over to the bed and started vomiting onto the sheets. Mr. Davenport didn’t act like he was even awake or even knew what was happening.

I thought I had a strong stomach, but with two fellow workers and friends and the worst smelling diarrhea ever, I sprinted towards the bathroom and vomited everything I had into the bathtub. I first tried the toilet, but it turns out that Mr. Davenport had used the toilet and hadn’t flushed. That made my stomach even sicker. There was no way I was sticking my head close to that.

Twenty minutes later, we had barely recovered.  We had all eaten the same takeout and were now paying the price.

Becca asked, “Should we shower and change our clothes?”

“No,” I said. “Look how much stuff we still have to clean. If we change now, we’ll be changing again in an hour.”

“This is the stupidest job I’ve ever had,” Becca said. “Do they really think I want to clean up this mess?”

Samantha replied, “We don’t get paid enough for this.”

I agreed wholeheartedly with both of them. I asked, “Do we have those gowns we can wear?”

“Nope. This place isn’t going to spend money on those things.”

New masks and gloves were passed out, and we started cleaning up the room. As I said, when things go bad, they really go bad. Mr. Davenport refused to get out of bed for the next fifteen minutes and it took all our verbal judo skills to convince him to get out of bed. He weighed more than all of us girls combined.

I first cleaned the bathtub, but I was put in charge of the bed. Diarrhea and vomit were everywhere. I couldn’t believe that I was stepping in and moving so much body waste. It took forever to clean up the room. I was close to vomiting another few times, and I think Becca actually did. She had the difficult task of getting off Mr. Davenport’s clothing. She bagged everything that she could and threw away a few items. We immediately started a wash for his bedding and the rest of his clothes.

Hours later, the three of us sat together after each of us throwing away our scrubs and taking long showers. Luckily, I had an extra pair of scrubs because if I didn’t, I probably would’ve quit on the spot. The only thing that got me through the cleaning process was the idea of a shower and fresh clothing.

Becca sat shellshocked and was the most traumatized of us all. Pregnancy had really affected her stomach, and we all agreed that we might have made it without incident if she hadn’t thrown up first. We all cried at some point. Becca told us that she had sobbed and vomited at the same time when she was taking off Mr. Davenport’s clothing. Turns out, he was super embarrassed and spent the entire time apologizing.

It was literally the worst day on the job I’ve ever had. We all got covered in vomit and diarrhea, and some of it was in my hair. Despite everything, I felt horrible for Becca. She went on maternity leave the next day and never returned to the nursing home. We are still friends and laugh at what happened, but it took a few years. We were all seriously traumatized that night.