My last medical appointment for the day refused to come out of his cell. He was busy watching television and felt that if he really needed to be seen, he would just place another health care request and get scheduled. I packed up my items from the medical room that I was working in and prepared to go to my office and finish charting. The med tech needed to uses the exam room to get things prepared for the next pill line. I quickly gathered my things and left the room and began walking towards the front doors. Our prison has several buildings that are not attached to the main building. Therefore, I needed to get to the front door and walk halfway across the prison grounds to my office.

The instant some of the inmates see me, they start pestering me questions about their medications, bottom bunk clearances, extra food, and any other medical question they can think of. This is pretty common. If I answer them, then they have found a way to game the situation and potentially get something they shouldn’t. There are rules for a reason. I often get asked about answering the patient’s questions. It seems simple enough to just answer them at that moment, so you don’t have to answer them later. Often, that can be the worst thing that you can do. Except for absolute emergencies, I try to avoid these types of situations.

On this day though, one of the emergencies was in the second section that I passed. Immediately I could see something was wrong. The patient was limping around the section as if injured. I first thought that he had been involved in an altercation or got injured working out, or any number of other possibilities. I knocked on the glass and waved Mr. Freeman over. Upon seeing me, he rolled his eyes and tried to ignore me. I called his name and finally, an officer invited Mr. Freeman to come chat with me. He was pulled out of the section.

The instant he stepped outside Mr. Freeman said, “Look, doctor. Good to see you an all, but I don’t want to see you.”

I said, “Just making sure everything is okay.”

“Everything is as perfect as gold in my pocket.”

I shook my head at his comparisons. I joked, “Well, I really doubt you have gold in your pocket. Does that mean things are going pretty bad?”

“I’m imagining that I do. So, no, things are going great.”

“I see you are walking with a limp. Everything alright?”

I nodded at the officer and Mr. Freeman was brought back into his section. Before the door closed, I said, “Let me know if you change your mind.”

Mr. Freeman stuck up his middle finger and spit on the floor.

The next day, I came to the same exam room and saw several other patients. As I was leaving, I checked in on Mr. Freeman. I was astounded how much worse he looked. He was pale and sweating and could barely walk. His hair was a greasy mess. I learned that he had refused to eat all day. But he had a status to uphold and was walking around the section as much as possible. I pounded on the window again and he glanced over. He shook his head and said that he didn’t want to see me. The officer passed along the information that I would be in the medical wing tomorrow if he needed to be seen.

Partway through the next day, there was an emergency call that was sent out and medical was needed. It turned out that Mr. Freeman had vomited and fainted. Several nurses and other medical staff took a gurney and rushed out to his section. Not long thereafter, Mr. Freeman was wheeled into the medical wing. He was awake and quite unhappy to see me. His condition had only gotten worse but he was eager to talk with me.

When I stepped into the room, Mr. Freeman yelled, “Doctor! You’ve got to help me. I’m in so much pain.”

“Mr. Freeman, in order to help you, I need to know what is going on.”

I said, “By the way you are presenting, if you don’t tell me, you’re life might be at risk. Your blood pressure and pulse are elevated. You have a temperature of over 101. You are sweating and you vomited earlier. I “I think I even heard that you fainted. It looks like you have something pretty serious going on.”

“I’m not going back to the mental health unit. This was a mistake.”

“I’ll talk with Dr. Simmons, but I can’t make any promises.”

“Fine,” he hissed. “The pain is driving me crazy. It’s unbearable. It’s the only reason I am talking with you.”

“Last week, when I was on suicide watch, I was in the old section. I noticed that someone had been scraping the wall. I found a paint chip on the floor. It was as big as my thumbnail and thick.”

“I’m guessing that you didn’t turn that in.”

“No way. I had spent the entire time wondering how my insides would look.”

I really didn’t like where this conversation was going. I’ve learned that if you react, they often will close down. You have to pretend that what they said, means nothing. I added, “Keep going.” 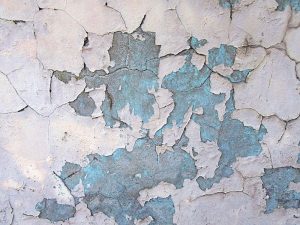 “I snuck the paint chip in bum hole and brought it back to my cell.”

“Does your rectum hurt now?”

“I hid the paint chip in my cell. A few days later, at night, I started thinking about my insides again. I just couldn’t get it out of my mind. That’s when I pulled out the paint chip and started to explore. You know, I’ve always been very curious about my penis. I started cutting the sac below my penis. It didn’t bleed nearly as much as I thought.”

“As much as I could. It was only a few inches in length. I put my finger in a few times. It didn’t turn out as cool as I thought it would be.”

“Did you cut anywhere else?”

“When did it start hurting?”

“Well. The next day, I had another great idea. I started shoving things into the hole.”

“I had some leftover lunch and a styrofoam cup, and several other small items. I pushed as much as I could into the hole. At first, it felt really weird to have my sac so big. A few days later, that’s when it started hurting.”

“Is all that material still inside the hole?”

“Yes. The skin started to get red and there was some swelling. I think that this morning there was some drainage.” He laughed awkwardly. “But truthfully, if it weren’t for this pain, I wouldn’t have come to talk with you. The pain is the worse I’ve ever felt.”

I mumbled, “Can’t imagine.” I felt my stomach turn and I was suddenly nauseous. I pushed forward and added, “Unfortunately, it sounds like you have an infection. We can’t stop the pain unless we remove that material. It is what is causing you to be sick. Are  you okay if I take a look and start cleaning out the area?”

The next few hours were some of the most difficult in my time at the Prison. Cutting open the area and removing the material and infection was overwhelming. He was in substantial pain. The amount of swelling and redness is hard to describe. The scrotum affected was about the size of a volleyball. There was so much material that we filled a small pink basin. He had food, styrofoam, plastic, wood chips, and other items. Once all the material was removed, the area was cleaned and a huge dressing was placed over the area.

He was monitored for the next several days and was on heavy antibiotics and pain medication. It took him weeks and weeks to heal. He had to meet with mental health a few times a day to make sure that he didn’t try to harm himself again. Three months later, the wound finally closed and appeared as normal as possible.