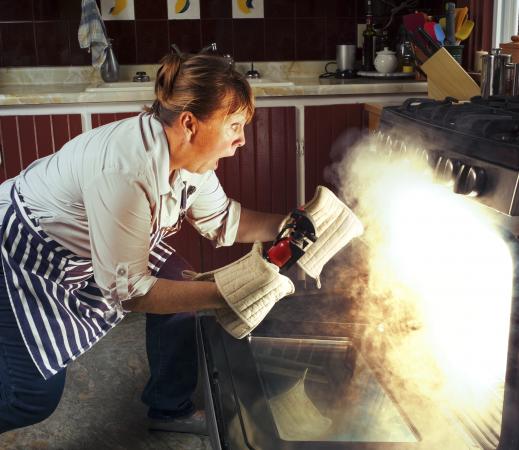 Working with children can be fun and exciting. On the one hand, you watch children grow. They start as a baby and continue moving on up. Their growth, achievements, and success are written across the faces of their parents, siblings, caregivers, or whoever brings them in. But, on the same token, when something goes horribly wrong such as cancer, hormone problems, injuries, and such, the heart-tugging seems to be so much stronger. I love working with children, but could never treat only sick patients with such things as cancer or incurable disease. I need to see the happiness, growth, and accomplishments of children.

We know that injuries and problems for children occur at all times of the day. Actually, some of the craziest injuries happen in the afternoons, evenings, and weekends. For that reason, we have many of our staff on call – to receive these types of phone calls. Truth be told, some families use this on-call program for just about everything. They call for tooth pains when teething, or a slight rash, or when cramping during their daughter’s first menstrual period. Each of us handles medicine and pain differently and our clinic wants to be there for those types of questions. Some of the questions are absurd and unreasonable. Other calls have waited far too long before they were made. We want to be there for all of these phone calls because sometimes a little reassurance goes a long way. 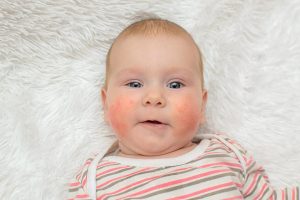 The grandparents were watching their ten-month-old granddaughter. The first phone call came from the grandfather. It was about a rash that had started on the abdomen of the baby. It was red and splotchy. This is a common appearance of a rash for a child of this age. It could be something they ate, like an allergy – especially if new foods are being introduced. It could be a virus if the child is in daycare. It could be a heat rash, diaper rash, or something else.

I spent half an hour on the phone. They called and I asked several questions, some of which they didn’t know. In the end, they sent over a picture of the rash. It was getting worse and I could see that the area was red. I recommended a bath, some lotion, and a change of clothes a few times a day. They were very grateful for the reassurance I gave.

The next day, the grandmother called. She was really scared. I could hear it in her voice. The rash had progressed and was now on the cheeks of the baby girl. She was fussy and the rash was much more pronounced on the face. There was a small amount of rash on the arms and on the chest that remained. Again, pictures were sent. Also, the grandmother confirmed that daycare was being used by her daughter. From the pictures and history, it really appeared to be Fifths Disease – a contagious rash that is caused by a virus – Parvovirus B19. I reassured the grandmother at length. She didn’t seem quite convinced but listened. I suggested some Tylenol as needed. The grandmother assured me that they had some liquid Tylenol and to give the right amount.

As I hung up the phone, I said, “Remember to take her temperature and tell me if it gets over 100.4 degrees.”

Grandmother said, “No problem. Will do.”

The next phone call, the third, and last phone call came later that night. This time, it was the grandfather who was speaking. It was as if he was on speakerphone. He asked, “How do we take our granddaughter’s temperature. My wife says she feels really hot.”

“Do you have a thermometer?”

I said, “They are usually white. One end is fatter. The other end is skinnier and goes in the child’s mouth or under their arm, or in their bum.”

“Did you say in their bum?”

“Yep. There are thermometers that do that.”

“I don’t see any of those. But I don’t really know what I am looking for.”

(You must understand, that at this time, a few years ago, we didn’t have the internet to check on pictures of symptoms. We also didn’t have the thermometers that you can run across the forehead. We did have the ones, in our clinic, that you put in the ears. Most families at home had the simple mercury thermometers.) 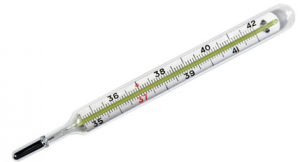 From the background, I heard, “Told you. We don’t have a choice.”

The voice of the grandfather changed, it became more frantic. He asked, “Is there another way to tell if they have a temperature.”

“You can feel their forehead with your hand to see if it is warmer. It won’t give you an accurate reading, but you can try.”

I wasn’t sure if he was talking to me. I asked, “Did I say something?”

Again, the voice of the grandmother could be heard, “Why are you yelling at me. We need to check the temperature, this is the only way.”

“Not a good idea,” said the grandfather.

At this point, I was really confused.

The grandfather said, back into the phone, “Tell me your experience of using the oven to check the temperature. My wife has turned it on to 100 degrees. She thinks that the baby will cry if she doesn’t have a temperature and we put her inside for a few minutes.”

I screamed, “Absolutely not. That is a terrible idea. Do not put her in the oven.”

The grandmother asked, “Are you sure? It seems logical.”

“It’s not. In fact, why don’t you bring the child to my office right now? I will check her out and we can take her temperature together.”

The grandfather said, “You would really be willing to do that, at this time of night?”

“Oh yes,” I reassured them. “It wouldn’t be a problem at all. In fact, I was already heading in to do some paperwork.”

It turned out to be fifth’s disease, the virus. It cleared up after another several days. I spent an hour quizzing the grandparents about what to do if such and such happened. They answered all the questions correctly. I gave them a thermometer and showed them how it worked. They called again after their babysitting journey was over and promised that they had learned their lesson. I mean, who thinks sticking a child in the oven is the right thing to do?