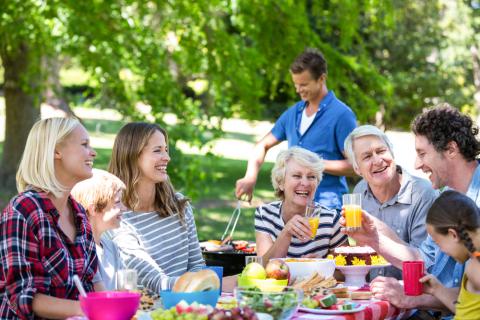 A patient was added to my schedule after she berated my office staff despite not having an appointment for the day. We keep a few open appointments just in case this happens. Even after my MAs brought her to her room, she continued to complain and went as far as to threaten some of my staff. She refused to give the nurse, or anyone else more information, or an additional complaint or concern. She had never been seen in my office before. All that was written on the chart was that this patient was demanding medications.

Entering the exam room, I was halfway through my schedule for the day. The patient was seated and staring at her phone. She appeared to be a mess. She was anxious, pale, and shaking. There were tears running down her face. I immediately felt compassion for her. It’s my experience that patients often go through very difficult things. By the time I see them, they’ve struggled or suffered for days, weeks, and even longer. I tried to set aside my initial feelings of defending my staff and tried to picture what this lady must be going through. She was seeing a medical provider for the first time. We were essential strangers to her, asking her to tell us difficult information. It can’t be easy. Some of the questions that are asked might be embarrassing. That’s the point though. You’re telling a relative stranger your problems and hoping they can fix them.

The first few questions I asked were pretty basic with background, medications, and surgical histories. This lady was pleasant and she answered each of them fully, with plenty of information and without reservation. She was still in quite a bit of distress.

I asked, “So, what brings you into the office today?“

“I’ve gotten myself into quite a mess. I’ve done things with people that I’m not proud of. But I heard that you can help me.“

“This is the right place. We can fix most messes and you can even come out better on the opposite side.“

The lady smiled for the first time. “That sounds good. Thank you for understanding.“

She stood and walked towards the door. “You’ll call in the prescription that I need.“

“Wait,” I said quickly. “I need a little more information than that. And we might have to do some testing, just to make sure.” I have to admit that at this point, I thought I had narrowed down why she was here to a few likely choices.

“What kind of testing?“

“A urine sample, pregnancy test, and some blood work. We have a lab here that can facilitate all of this.“

“You’ve had similar problems before?“

“A few times. Never this bad though.“

“Who treated you before?“

“I can’t remember. Usually my friends.“

This answer was a little confusing but I pushed on. “How many times?“

“No more than three or four times.“

“This is what we call risky behavior.“

I continued, “There are huge risks associated.”

“That I know. Why do you think that I came in, when I did. I felt it was an emergency. Do you think you can put refills on the prescription? I won’t abuse it myself. I’m not into that.“

At this moment, a second red flag emerged in my mind. Sitting down, I said, “What prescription would you like me to write?“

“You want me to prescribe you Lortab?“

“That’s what I need. I knew that you were the only one who would understand.“

“Why exactly do you need it? Did you have a recent injury or a chronic issue?” I began searching her chart. She hadn’t mentioned anything similar in the first questions. “Have you been ordered this before?“

“As I said, I usually get this from a friend, but he won’t answer my calls. But don’t worry, I really don’t use them myself.“

I stared at her in disbelief. I said, “Prescribing a narcotic is a serious thing. I can’t just order them based on this little information. I need to know what’s going on.“

She licked her lips and said, “Look. I’ve been selling Lortab to some of my friends and neighbors for the last several months. I sort of ran out of them a few weeks ago, I didn’t have a lot left. So, I was using Tylenol instead. The two pills are white and similar. But, I think a few of my neighbors caught on. They’re stopping by my house later tonight and I need to have the real stuff. They’re threatening me. I need at least thirty. That should get me through the next few days.“

“Are you crazy? You can’t come into a doctor’s office and ask for Lortab to sell. That’s illegal. I should call the police.“

“No, it’s not. It’s not illegal to sell medication. That’s what the pharmacies do all the time. I’ve heard you can get them online, or from Canada or Mexico. It’s only illegal to sell Heroin, Meth, or Cocaine. I know my rights.“

Standing I said, “No. You’re completely wrong. Are you trying to joke with me? This can’t be serious.“

Defensively she added, “I’m not doing anything wrong and I’m helping my family.“

“You need to leave right now. I am going to call the police. This is your last warning.“

“Chill out. I’m leaving.” She walked to the door, stopped, and turned around. She said, “You’re so confusing. Before, you were willing to help me. You told me about labs and medications. What changed?“

“That was when I thought you had an STD.“