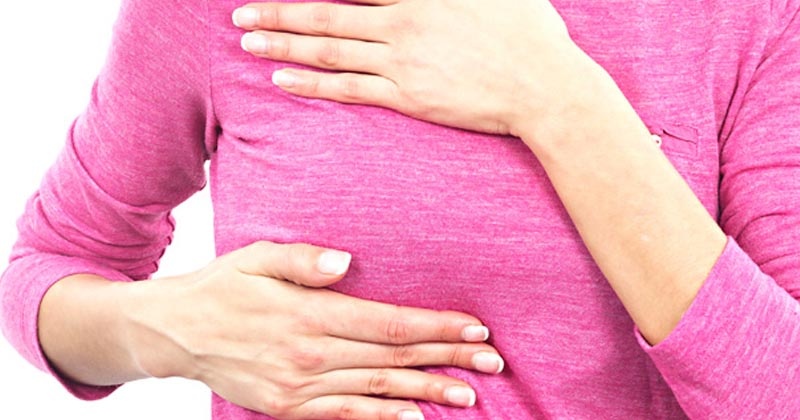 Before walking into the exam room, I was warned that the patient inside, likely homeless, was sick and hadn’t showered in several days. My nurse explained that she would only speak with the provider about why she was in the Emergency Room. My guess was that she was embarrassed. Many people come to the emergency room with embarrassing stories, situations, and medical concerns.

The patient sat on the bed with a dazed look on her face. She was slouching down, like she had her head in her hands, appearing so small. She was pale, sweating, and clearly uncomfortable.

From the doorway, I said, “Hello. Thanks for coming to the Emergency Room. My name is Doctor Favors. How can I help you?”

She replied by saying, “Oh, thank you very much, doctor, for seeing me. I’m Pam, and I’m sorry that it has come to this. I’m in really bad shape. It is kind of embarrassing, but I need your help.”

“Are you injured, or are you sick?”

“When did this happen?”

“Things all started with a breast augmentation a few months ago. It has quickly gone from bad to worse.”

I have to admit that I wasn’t expecting this sort of explanation. You don’t see many homeless people with breast augmentation. I knew there was more to the story than just her current appearance. Admittedly, she appeared that she had been on the streets for years. Her clothes were ragged, torn, and she hadn’t had a good night’s sleep in months. She had some boils on her arms and some track marks. She was gaunt and sickly.

I said, “I am sure we can help you. Are you homeless?”

“What medical problems are you currently having?”

“I normally don’t take any medications. I don’t have any chronic problems like high blood pressure or diabetes. But I’m pretty sure I have an infection.”

“Treating an infection is something that we see a lot of. What makes you think you have an infection, and how did this start with breast surgery?”

She started her story by saying, “I had breast surgery about six months ago. My boyfriend at the time wanted it done. He was willing to pay for it. Surgery was a breeze, and I was really happy to have it done as well as the outcome. It looked amazing. I had minimal pain and swelling. I only missed a day or two of work. At the time, I was driving a two-year-old red corvette. It was so beautiful. I was living in my own apartment and had a steady job. I know that how I look now is a far cry from just a few months ago.”

“Here’s where it gets interesting,” Pam explained. “About three weeks after surgery, I was driving to work, and I was in a car accident, that wasn’t even my fault. I was stopped at a red light and was rear-ended by a work truck. I’m not even sure he braked before hitting me.”

“Hit from behind, and I smacked the person in front of me. I got whiplash and somehow hit my steering wheel extremely hard. An ambulance was called, and I was sent to the hospital. I was so worried about my ribs and my neck. I think I even had a cut on my forehead. I spent two or three nights in the hospital. They ran several tests. Luckily, I just had a concussion and whiplash, but no broken bones. They checked out my implants and told me that everything seemed to be alright. They suggested I return to my surgeon for a check-up. They gave me some pain medication and released me from the hospital.”

“It was horrible and very painful. That accident sent my life into a tailspin.”

“I have known for years, even been in and out of rehab. But I have an addiction problem. I was doing so well for the last few years. It didn’t take long, but after only a few days on the pain medications, I lost control. I returned to my doctor and told him that the pain was severe. He quickly refilled my pain medications. When that didn’t work, I found some of my old friends and started using heroin every day. I am so sick, and I can’t stop on my own. I need help.”

“We can definitely help you get into rehab. What makes you think you have an infection?”

“A week ago, I started feeling tired and sick. It wasn’t a big deal, and I was too busy getting high to notice. That went on for a few days. I started throwing up a couple of days ago. I think I started to run a temperature last night because my teeth kept chattering. Both of my breasts seem swollen and are super tender.”

“Would it be alright if I take a look?”

I called in a female nurse into the exam room, and Pam went into the bathroom and undressed. During her undressing, the odor in the room intensified, even from the bathroom. When she came out, she had a gown on. Indeed, both breasts were swollen and red. The redness included the breasts but also the tissue to the side and above. She was very tender and was unable to sit still through my entire exam.

The most surprising aspect of the exam was that she still had a drain from the breast augmentation on both sides of both breasts.

Pam explained, “I haven’t seen anyone for follow up after surgery because I was too busy getting high.”

“Those drains need to come out.” 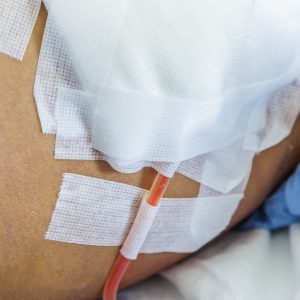 It took a few minutes to prep the area. I remove the left and right drains, and the result was surprising. Thick, white purulent discharge came spilling out of each wound. The smell was overwhelming. I had to manipulate the skin for several minutes and even cut a wider hole in the skin to get all the discharge expressed.

It was so bad that the patient and the nurse both almost vomited. The infection was much worse than you can imagine. Simple antibiotics were not going to help in the slightest. The infection had gone into the breast tissue and around the implants. Her temperature was 105 degrees, and she was extremely sick.

The nurse quickly began working on setting up an IV site in both arms. We started giving her some pain medications, IV fluids, and something to help with nausea. She wanted to refuse the pain medications because of her addiction history, but she was in such bad shape that she needed them.

A surgical consult was made, and it was determined that each implant needed to be removed. Other providers were consulted, and they came down for their own examinations. She was going to have the tissue debrided of any infection, a wound vac for a few weeks, and possibly reconstructive surgery. It was going to be quite a process.

As they were wheeling her off to be admitted into the hospital, Pam said, “Thank you Dr. Favor for not judging me. I know I made some mistakes, but you looked past my addiction. I appreciate that.”

Pam had surgery and remained in the hospital for almost two weeks. She went to rehab and had a few additional surgeries. I happened to see her two years later, and she was doing as good as ever. She had hit rock bottom, twice in fact, and had recognized that she couldn’t do this alone. Despite her injuries and addiction, Pam found a way to rebound. The transformation from a homeless and sick patient to a healthy and clean one was remarkable. Sometimes it takes a kind person to help you out of your worst moments.