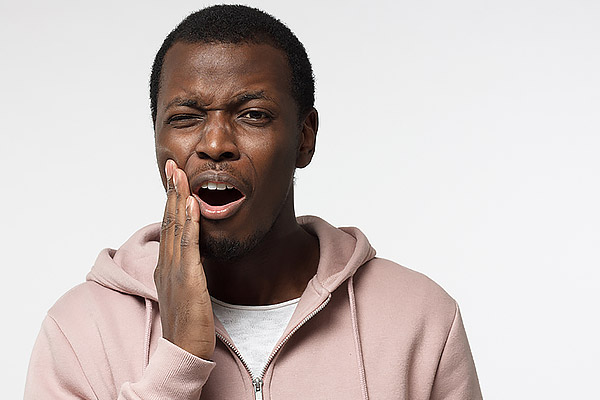 First and foremost, it is crucial to understand that I am not a dentist. However, I visit many places inside this country as well as outside, where traditional dental services are not always available. This means that I treat dental problems and emergencies when called upon. In one such case, the patient was having dental pain along with an infection. Over time, I learned that the causes of both were quite surprising and horrific.

I was on a medical mission visiting several small villages in a different country, and I had been in the country for almost three weeks. This village was one of the final destinations on our trip. I ended up staying in this area for about six days and was treating a wide variety of medical, mental health, and dental problems. I had a handful of nurses with me and several other medical personal. We worked hard to provide a small measure of hope inside this village. 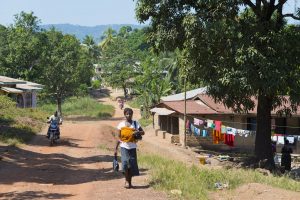 The temperature in this region was hot and humid, and it had been a semi-difficult journey to get to this point. In some of these trips, it seems like the clinics and transportation can go smoothly, or everything can go wrong. So far, we had undoubtedly traveled the more difficult path.

It took several hours to set up the clinic and get things ready for the next day. We would set up a triage program lead by my nurses. I would end up seeing only patients that required medicine or had more serious concerns. Mr. D was my third patient of the morning. Through a translator, he explained to me that he had been having tooth pains for years. Two years ago, he had three of his teeth pulled. That had helped the pain until it returned six months ago.

I performed a full head-to-toe exam, leaving the teeth for last. I could see that Mr. D had rather good dentition, all considering. He was missing the previously mentioned teeth. Mr. D pointed to the opposite side of the mouth, showing me what was causing him pain. He described, in very energetic details, what he was dealing with. The village does not have fluoride in their water to help with teeth, and they don’t have toothpaste to use every day. This patient would be lucky to see a dentist five times in his life.

The tooth that Mr. D pointed to was partially broken. There was a small area of blackness on the lower edge of the tooth near the gum line. This is also not uncommon. He had minimal swelling, no redness, and some pain when drinking water. With a broken tooth, I was worried about an exposed nerve root. On exam, there was a minimal amount of pain.

I felt I had three options: First, give some NSAID like ibuprofen alone and see how he did. Second, along with ibuprofen, I could add an antibiotic. Third, I could just pull the tooth. I decided to try just ibuprofen. Mr. D liked the idea of trying to save the tooth. He was more than willing to be conservative about his treatment, knowing that I would still be around for the next few days. If I were leaving the same day, I would’ve just pulled the tooth. I told him that he could stop by anytime in the next few days if he had more problems.

Two days later, he returned by the clinic for another evaluation. This time, his face had started to swell, especially on the same side as the dental pain. His pain had now skyrocketed, and he had trouble sitting still. In the last six hours, he had been forced to stopped eating because of the symptoms. This time, on the exam, there was redness and swelling near the tooth in question. The gums appeared very tender. We gave him twenty pills of an antibiotic to take over the next several days. The village did not have a local pharmacy for their medications, and they relied on our help.

Day six arrived, and I was mostly packed to leave and head back home. We had seen over half the village and had taken care of many problems. Everyone was so kind and humble and thanked us repeatedly. As I was finishing up, Mr. D stopped back by. I was hoping that I would see him again and hear that things were getting better. That was not the case.

The swelling was about the same from my standpoint. Mr. D was frustrated because he had thought that things were getting better. In fact, he had eaten dinner the previous night without any pain. When he woke up this morning, the pain and swelling were back.

The only option remaining was to pull the tooth. I explained this to Mr. D. More than anything, he wanted this entire problem resolved. I grabbed some equipment and a nurse to help. I tried numbing the gums just near the tooth. Using clean forceps, the tooth was removed with little difficulty. The patient’s gums started to bleed a little, but nothing significant.

I placed the tooth in a small white container. After getting some gauze to help the bleeding, the patient asked to look at the tooth. I was guessing that he wanted to keep it, so I started cleaning the tooth when something began to move, from within the tooth, on the bottom side.

I next performed an exam on Mr. D, and sure enough, there was a small hole in the gums where the tooth had been removed. I cleaned out the area and dislodged two additional worms. The patient’s entire mouth was cleaned with a strong mouth wash for the next several days. Mr. D was ordered to continue taking the antibiotic and the additional medications.

In the end, he was bound to get better. I was extremely happy that Mr. D came back one last time. I would hate to know what would’ve happened if the tooth hadn’t been removed.