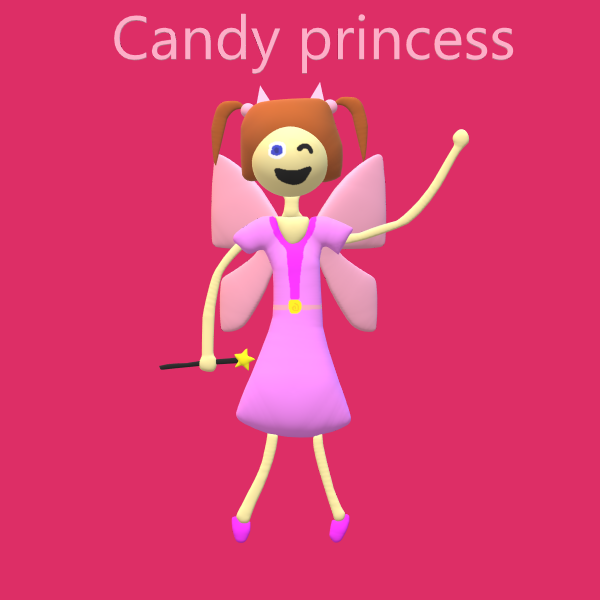 There are several things that I loved and hated about being a student studying medicine. There was so much information that I was on survival mode most of the time. I had a lot of great teachers and experiences. One of the experiences that I’ll never forget, is when, as a student, I was asked to visit a large prison for three days. The prison was the last place that I wanted to do some of my clinical experience.

On my first day, I was waiting in line to get into the entrance of the prison. I was in my car and had to wait for over half an hour. Officers with dogs began circling around all the cars in front of me. I had no clue what was going on. Eventually, they came to my car and explained to me that they were looking for drugs being smuggled into the prison. I wanted to turn the car around right then and go home. That was a lot to handle. Trust me, it only got worse from there.

When they closed the door to the outside world, and I was locked up with a bunch of criminals, I thought I was going to have a panic attack. I met some of the strangest and scary people inside prison. But, I also met normal-appearing individuals with routine and normal questions and concerns. Most of who I met, were kind and respectful. The ones that weren’t were really off the wall. At the end, I learned so much about the prison and the crazy medical things that happen there, that I appreciate those that work there full time. That’s just not for me.

My story is about a patient that I saw on my third day. Lucky enough, this was the day that I was allowed to go in alone and ask the patient several questions. The patient had shackles around his waist and was chained to the wall. I was able to have plenty of space to use the computer, review his history, medications, and such. Surprisingly, after three days, I felt less afraid in these exam rooms than almost anywhere else in the prison. I was asked to go into Exam Room #4 and determine the problem the patient was asking.

When I entered, a male, likely someone in a gang, around twenty-five was sitting there. He had so many tattoos, even ones on his face. He had a rough exterior but he smiled and said hi. Sometimes the individuals, especially, but not always the men, whistle or say crude remarks. I was hoping that this visit would be better than the others I had experienced. It was certainly different than anything else I had ever seen.  That patient, let’s call him Jose, was a once in a lifetime patient.

“Great. Do you know what time it is?”

“Oh, splendid. Dinner will be served soon. I love the food here.”

“Really?” I asked. “I’ve never heard that before.”

“I guess.” I moved into the room and over the computer. I was able to bring up Jose’s medical chart. He was on several mental health and medical medications. I said, “Having you been taking your meds?”

“Of course,” Jose said. “They are also the candies of my life.”

At this point, I could see that this was going to be an interesting discussion. He was pleasant enough, but there was just something off about him.

I said, “I am a student. I will ask you some questions and then will go report what you said to my trainer. She will come in and ask you some more questions if she needs to. Is that okay?”

“Of course,” Jose said. “You are almost as pretty as one of my candies.”

“Thank you,” I said hurriedly. I added, “Are you having any mental health or medical issues.” 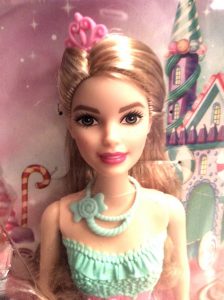 “Not. At. All. I am in the twilight of my life. I am the moon to your sky. I am the ocean to your land. I am everything and you complete me.”

Normally, at this point, I would’ve run from the room. He was eying me like candy. But, this type of thing happens a lot in prison. I was told to stay my ground and push forward. That’s exactly what I did. I said, “Your medical request says that you think that someone is after you.”

“Are you a mind reader? I love that gift. I could see it in your color aura when you came into the room. You are right, as always. Someone is after me.”

“Do you know who it is or does the person stay in the shadows?”

“On Thursdays, he comes out of the shadow and he has a spider for a head. Usually, he stays in the shadows. He yells at me when I sleep. That’s why I need to eat more dinner. If I am big and strong, he won’t come after me in the dark.”

“Good thing it is Friday,” I said. “Do you love or hate spiders?”

“I love them. I would marry them if I could.”

“Why does the shadow man frighten you so much?”

“He has traveled through time for centuries to find me. I have a special ability. He wants to take it from me. Do you want to know my special ability?”

I was really wondering if I could really help Jose. I didn’t really know what to do. He was sounding paranoid and mentally unstable. I wasn’t sure I should remain in the same room with him.  I wasn’t sure that playing into his delusion would be helpful. Instead, I said, “Abilities should remain hidden I think. I probably should be going now.” I stepped towards the door.

Suddenly Jose kicked out his feet to prevent me from leaving the exam room. He said, “The shadow man is going to come after you. I know how to escape him.”

In a whisper, he said, “It works every time. But don’t tell anyone else.”

“If I let you tell me, will you let me leave the room.”

“Of course. I just want my princess to be safe. I can teach you the words so that shadow man won’t come after you.”

Jose began chanting over and over again. He wasn’t making any sense. I noticed that his legs were back in their normal place. I inched forward. Jose’s eyes were closed. I was about to escape out of the room when his eyes flung open. And he said loudly, “To escape the Shadow man you must do as follows.” 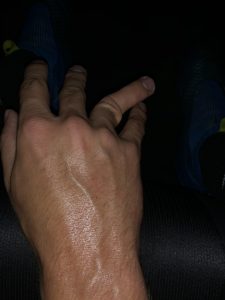 Jose lifted his right hand directly in front of his face. The outer portion (not the palm) was facing towards me. He lifted his left hand and using it grabbed the middle finger of his right hand. He shouted, “Escape my candy princess.”

To my horror, Jose snapped the middle finger of his hand and broke the finger at one of the joints. He didn’t scream out and his face didn’t change. I ran from the room and went searching for my trainer. By the time we had returned to his room, Jose had broken two more fingers. They were all pointed sideways. A provider was called and he came into the room. He spoke to Jose as if he knew him well. Within a few minutes, the patient was sedated with medications because of self-harm. The doctor had reset each finger. I gaped at the entire interaction.

As the doctor left Jose’s room he said, “Oh yes. Three this time. That’s more than usual. He must’ve really liked you.”

I was able to see the X-ray of both hands. The patient had three current fractures that were in the healing process and the three new fractures.

The doctor also told me, “This is what he does around this time of the year. It is sort of an anniversary of some sort. His mental health goes down significantly. We try to help him, but he refuses his meds and goes downhill. In a few weeks, he’ll be so much better and would never have done this. However, this time next year, he might be back to repeat this behavior all over again.”