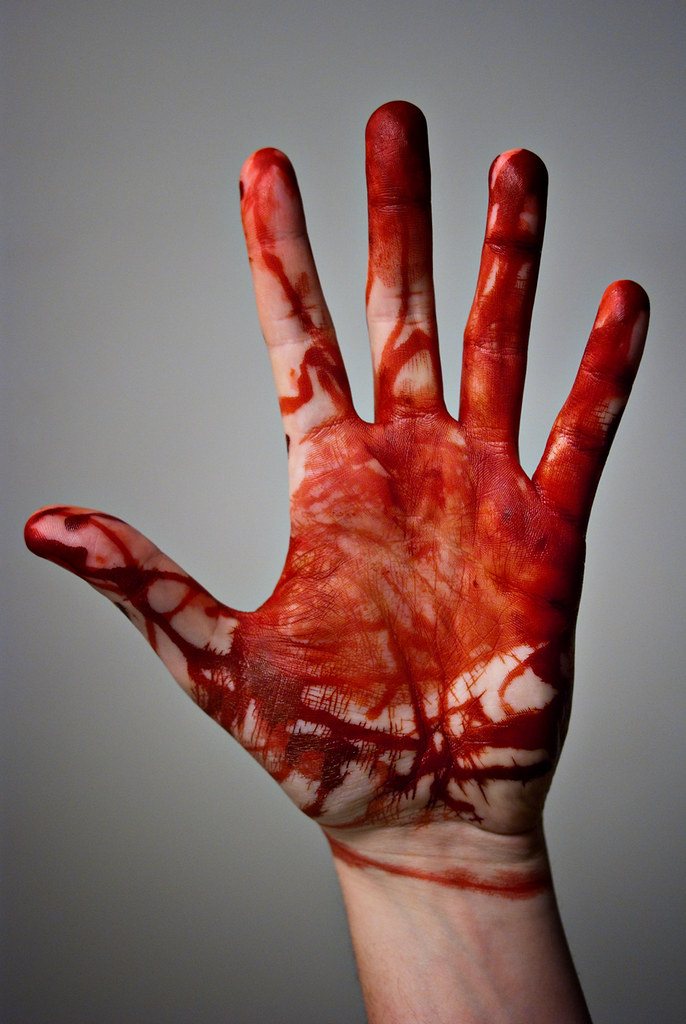 Feeding inmates in a large prison facility can be a very difficult thing to do. Often we don’t have enough staff to cover all the shifts and prepare all the food. When you have thousands of inmates and several different kitchens, we learned long ago, that the only option was to have inmates become kitchen workers. This brings a large amount of both good and bad to the situation. Some days you aren’t sure how the entire prison doesn’t burn down.

Teaching inmates how to cook, work with others, and especially to avoid the boredom that comes with being in prison, there are a lot of good things. Often, they can eat food that they normally wouldn’t be served. But, there are a lot of consequences as well. There are often a lot of inmates that get into fights in the kitchen. They often talk a lot and sometimes their mouth (or something else) can get them in trouble. Add in missing items, kitchen utensils, workplace injuries, and a whole lot more that you don’t want to even think about.

Our prison has both men and women. They aren’t in the same area or the same building, in fact, they are across the entire prison from each other. We have five kitchens for the men and one for the women. I was helping with a dozen dressing changes when I received a phone call from an officer in the kitchen.

The male officer said, “Hey, this is officer Reynolds in the kitchen. We need someone to come out to the hallway leading to the kitchen. One of the girls cut the tip of her finger on a can.”

“An aluminon can,” I replied. “How much bleeding is there? How does it look?”

Officer Reynolds replied, “I actually haven’t seen the injury. I am just relaying what my partner said.”

“Okay. I’ll grab some supplies and head on over.”

It took five minutes to grab supplies and another five minutes or more to walk through the open courtyard to the kitchen. The first thing I noticed was that just before the open doors, two girls came running out of the building. They refused to look at me. My first thought was that they were going to be late getting back to their cells before the lockdown for dinner began. If they were late, they could lose some privileges.

As I entered the building, I heard ear-piercing cries coming from ahead. I hurried forward to find where they were coming from. There was no one in the hall where officer Reynolds had indicated the inmate would be waiting. I could see a few drops of blood on the floor. I searched frantically for a few minutes. The screams would come and go. Finally, I tracked down a group of girls inside one of the bathrooms.

Inside the bathroom, there was more blood on the floor. Three girls were at the sink frantically trying to wrap some paper towels around the hand of a fourth girl. The girl appeared really pale.

I joked, “I guess you don’t like the sight of blood.”

The injured girl was a large girl, bigger than me, and much taller. I knew her fairly well, she had been in prison for six years now. Her name was Maggie, but everyone called her Chef. She was the head cook at the prison. She could make anything you wanted to taste good. She had taken some classes outside of prison and had done fairly well. But inside the prison, she found a passion for cooking. She was always cooking, baking, and creating some of the best-tasting food on the planet.

“Chef, are you okay though?” Glancing around the bathroom, I noticed that there was a fair amount of blood on the floor and in three of the sinks.

One of the girls, directly next to the sink, her name was Shandra, glanced up at me. The look on her face told me that more was going on than I knew. Her eyes and face were serious and she was shaking her head back and forth.

“I don’t remember. I’ve been working all day and the girls told me that I cut my finger. They said it’s nothing to worry about. I’m glad that you were on shift to help me. You’re my favorite nurse.”

Chef’s knees buckled and she was helped to the floor. I stared at her hand and was surprised to see that they hadn’t wrapped just one finger, but her entire hand. In fact, blood was starting to seep through the papertowels. I already had gloves on. I rushed over and grabbed a hold of the hand.

Chef said, “I better be able to get stitches on this cut and be back at work tomorrow. We have a big meal planned for this holiday weekend. I’ve got a lot of work ahead of me.”

I nodded and said, “I bet that won’t be a problem.”

That was when the bandages opened on the wound. Blood was pouring out like a river from three or four of the fingers. It didn’t take long to see that three of them had been damaged significantly, in fact, portions of the fingers were missing. There were bones sticking out from the fingers and a lot of the skin of the that had been torn apart and was missing. I felt my stomach lurch.

Luckily, I jumped into action and placed a large amount of gauze on each finger and began wrapping additional gauze rolls around the wound. I took five minutes but soon she had a club for a hand, full of gauze.

After I finished, I found that Chef was starring at her hand. When she finally looked up at me, she said, “It doesn’t look as bad as I thought. I’ve cut myself before, but that can easily be fixed.”

I almost burst out laughing. I wasn’t sure if she was joking or in shock. I decided to play along, “A quick trip to medical, and we can get this all sorted out.”

We quickly called for a wheelchair. I also asked some of the nurses in medical to call an ambulance. By the time we reached the outer portion of the buildings, there were a half dozen officers ready to leave the prison and the ambulance was waiting for the patient.

Chef looked up at me and asked, “Why the ambulance?”

I said, “A hand as useful as yours, needs the most experienced attention. They will help you right out.”

Without another word, Chef was strapped down to a gurney and taken to a local hospital. She ended up having three or four of her fingers amputated. Two were almost completely removed.

Not long after placing my nursing assessment, I returned to the kitchen and walked around. I found an industrial-sized chopper and there was a lot of blood that was everywhere. Several individuals were taking pictures. The found bone and tissue fragments in the machine.

Next, I went to the control room and was able to watch the video. Apparently they had already shown in a few times by the time I arrived. I watched in horror at the screen.

Chef could be seen. She was running around the kitchen, telling everyone what to do and getting things ready. I couldn’t hear what was happening, but I guessed that something needed to be cut, to be added to the soup. Chef started pushing some vegetables through the machine. She worked fast and very safely. A minute or so later, the worse thing happened. Chef stepped back, ever-so-slightly, and slipped forward. Her hand was already in the machine at a safe distance. But, when she fell forward, her hand sunk into the chopper.

I turned to officer Reynolds, who happened to be standing right next to me. I said, “That seems a lot more severe than cutting a finger on a can.”

Defensively he said, “I didn’t see what happened. I was only reporting what I was told.”

Chef returned to work almost three months later. She had a lot of pain and rehab that she went through. She ended up needing three surgeries to repair everything. She is getting better and better at using her affected hand. She certainly can’t cut or dice like she used to be able. But, she still has the mind and determination to be a great cook.

In talking with her afterward, she can’t remember a single thing that happened during the injury. She must’ve been in total shock.