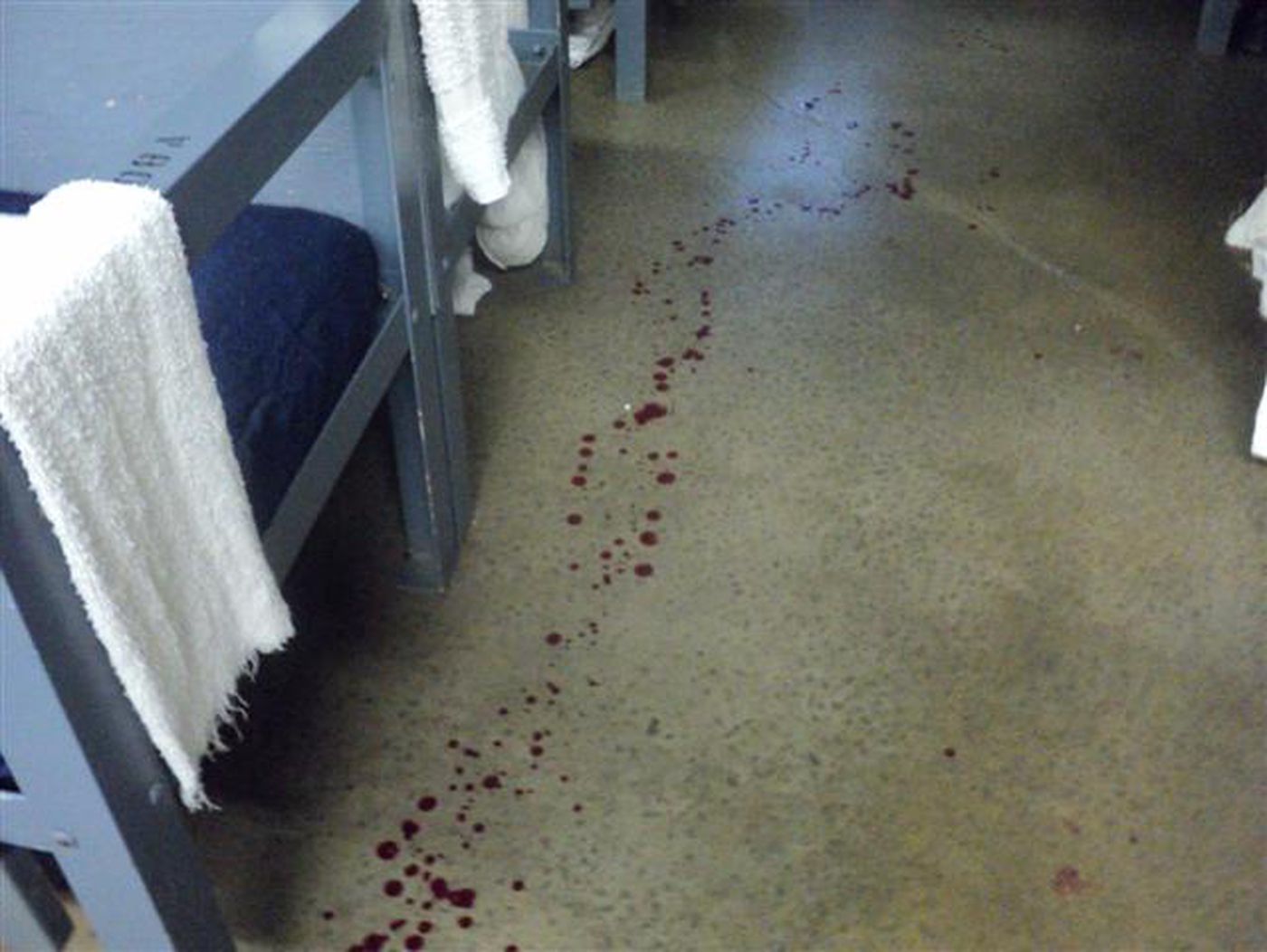 A shy inmate was told that he was moving section and into a new building. He had only been in prison for a few months. The intake process had been the first sixty days and he had been bunked with several other inmates, also new and scared at arriving at the prison. Your first move is the big one. This will often define your time in prison. Your first cellmate will help you navigate the tougher aspects of prison. They will often help you understand who to be friends with and who to ignore. When Gustavo walked into his new cell, he knew instantly that this was not going to be a good transition on his part.

The cell was perfectly clean. There was a sparkle on the floor that was impossible to find in any other section of the prison. The prison wasn’t old, but it had seen its fair share of problems. The cell was a typical two-man cell with a bunk bed in the right-hand corner. The toilet and sink were just the left. Further back on the left, was a small table built into the wall.

The voice the echoed behind him made Gustavo’s knees shake.  “You my new cellie?”

“Gustavo. I’ve been locked down for two months. I am…”

“I don’t care who you are or how long you’ve been here. There are a few rules in my house. But remember, I own everything in this section.”

Trying to act brave, Gustavo said, “Which bed is mine?”

“Not in this house. You cannot eat, breathe, or piss, unless I say it’s alright. You will rent your bed from me, and it will cost you.”

“This room will stay clean. You will wash anything I ask. If I want you to hide something, you will. You’ll be the lookout for the guards. You do what I say.”

At that moment, Gustavo thought he was going to be sick. He glanced at the toilet. Rip noticed.

Rip said, “For one week, you cannot use that toilet.”

“Where else am I supposed to go?” 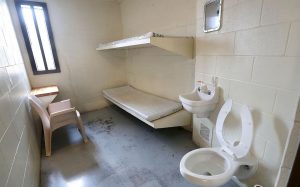 Gustavo worked hard for the next three days and two nights. He cleaned and hustled, and did whatever was told of him, just like a dog. In fact, that became his nickname. All of Rip’s friends and other inmates called him. “Hey, dog this….” and “Hey, dog that…” It was downright embarrassing. Gustavo ate none of his own trays and was asked to buy $50 of commissary for Rip and his friends.

Rip did 300 or more pushups every day. He worked out for six hours or more. Gustavo brought water and other food. Rip slept when he wanted and did what he wanted – within the boundaries of the prison. Gustavo watched and Rip was the leader of this section of the prison. He told pretty much everyone what to do. Even some of the prison guards feared Rip. Gustavo had never seen anything like it.

By the third night, things had gone from bad to worse for Gustavo. He was suffering through all the chores, cleaning, and other errands he had been given. Some of them were downright embarrassing. He was only allowed to sleep for two hours each of the first two nights. He was tired and angry. But more importantly, he really had to go to the bathroom. It was nearing midnight and Rip gave him four hours to sleep. He lay down and instantly fell to sleep. Two hours later though, he woke, and using the bathroom had become an emergency. He didn’t have a choice. Rip was asleep in the bunk below him.

Gustavo snuck down silently to the floor. He tiptoed across to the bathroom. There was minimal privacy when using the bathroom. Fear coursed through him, but he also knew that he was going to go to the bathroom one way or another. His body could no longer hold it.

As he sat down, relief flooded through him. Just as the last amount had left him, a voice said, “What the hell do you think you are doing?”

The prison medical staff was called a short time later. When they arrived on the scene there was blood everywhere. Officers were unsure of what to do. There were several nurses and a few CNAs that arrived. Two individuals, both injured were in the cell. The first was laying on the floor near the toilet. He had been hit so many times, his face was swollen. The second was laying on the floor. There were fewer injuries to this inmate, but still, he was unconscious.

Three nurses began treating the first patient. His arm had been broken and his head was gashed open. His face was so swollen that his eyes were shut. He had been laying next to the toilet and the wall. It was impossible to understand how he had been found in that position.

I was one of the nurses that attended to the first patient. He was barely breathing. I asked, “What happened?”

Officer Davenport said, “This is Ricardo and Gustavo. Most people call Ricardo Rip. These two cellmates had a huge fight. There were some screaming and hollering, and a whole bunch of fighting. The entire section was woken up.”

“Rip is by the toilet and Gustavo is on the floor.”

“He is huge. What happened here?”

“The other inmates say that Gustavo started hitting Rip and wouldn’t stop.”

Other nurses attended to Gustavo. Smelling salt was used and he was awoken. The instant he woke, he began crying.

Rip on the other hand was severely beaten. An ambulance was called. The patient was cared for by several of the medical staff. He was placed on a backboard, an IV was placed, moved to a gurney. Several other emergency treatments were done to help the head wound, broken arm, and such. The ambulance arrived within minutes and Rip was transported to the hospital.

Gustavo was transported to the medical unit. There is a central unit of medical on the bottom floor with thirty medical beds and twenty mental health beds. This particular building wasn’t connected with the main building. The patient was loaded in a van and transported to the medical unit. One of our providers was waiting for Gustavo.  He ended up having a concussion and needed several staples in the back of his head. He had some scratch marks on his arms but most everything else was normal.

Investigations came in while things were finishing. They listened, without words, to Gustavo’s side of the story.

He said, “Rip attacked me while I was sitting on the toilet. I was able to jump out of the way and he just missed me. Rip crashed into the toilet and I started hitting him. I hit him with the metal toilet seat, my fists, and anything I could. He had attacked me already and he has done terrible things. I wasn’t allowed to leave the cell. He found me using the toilet after he refused to allow me to go to the bathroom. I snapped. I feel bad about what happened, but I didn’t have another choice.”

Rip survived and returned to prison about two months later. His head wound was severe and he lost the ability of some movement on the left side of his body, almost like a stroke. He went to a special housing unit for those with severe medical and mental limitations. Gustavo had several interdisciplinary meetings as well as court proceedings. There was no one who was willing to testify to what happened. It turned out to be Gustavo’s word and that turned out not to be good enough. In the end, 10 years was added to his sentence.  Additionally, all toilet seats in the prison were removed.