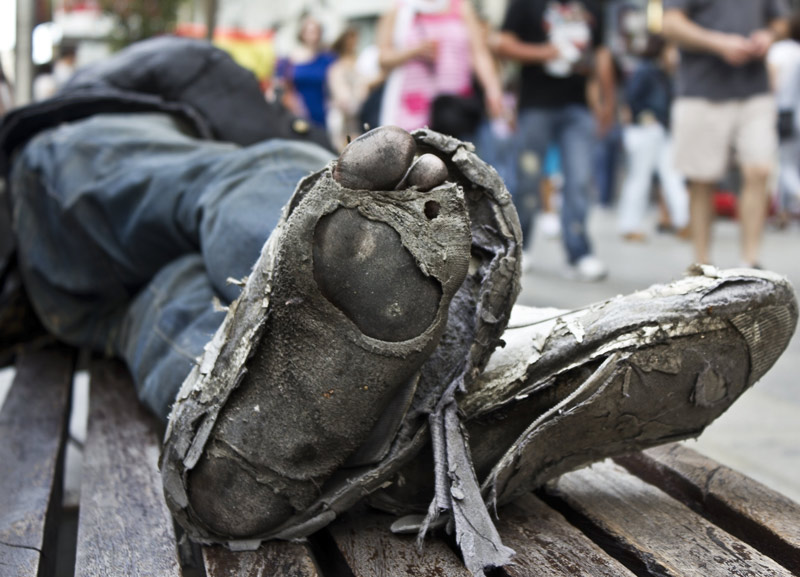 Inside the Emergency Room, we deal with many different problems and circumstances. Some of the patients that walk or are pushed through our doors had needed to see a doctor days, weeks, and months before they finally showed up on our doorstep.

This would be Simon in a nutshell. 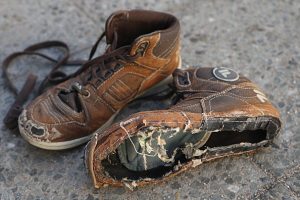 Some background on Simon–he is homeless in Los Angeles and has been on the streets for years. He has schizophrenia and needs to take medications, but often he can’t remember or doesn’t want to take them. He has spent days at a time in different homeless shelters around the city but manages to find a way back to some of the places he likes near the beach.

Truthfully, the only reason why he came to the Emergency room today was that he was having trouble walking, and an officer noticed during a raid of a suspect that was believed to be hiding in the homeless shelter that Simon was at. The officer didn’t find who he was looking for but found Simon dragging his right foot behind him as he crossed the street. The officer approached Simon and tried to calm him down. Simon didn’t want to go to jail and didn’t want to stop and talk to anyone. The officer offered to buy Simon something from McDonald’s, and Simon, hesitating at first, finally relented and allowed the officer to buy him some food.

Simon and the officer talked about the Dodgers, the ocean, and their families. Simon’s wife and kids had left him years ago after he lost his job because he could concentrate and finish the tasks that were being asked of him. During the custody battle, he wasn’t allowed to see children, and after things were settled, he left the Midwest for better conditions in California. He had been homeless for the last two decades or more.

Officer Blackmon asked about Simon’s foot, and Simon wouldn’t say much but he admitted that it stopped working about a year and a half ago. He hadn’t looked at it during that time, and if he ever showered, he didn’t take off his shoes. Mostly he would walk into the ocean or spray something onto his head. The odor of Simon was strong, and it was clear that he wasn’t healthy.

For Simon’s sake, the officer handcuffed him and placed him into his patrol car. He assured Simon that he wasn’t arresting him but was bringing him to the hospital for a wellness check. Simon explained that he didn’t need to go to the hospital, but he didn’t resist.

The officer called ahead and explained the situation. A wheelchair and a nurse were waiting for him when the patrol car arrived. Simon was brought into the hospital and taken immediately to an exam room. Once inside the hospital, the awful smell became more intense.

Dr. Fredrick and Nurse Lee were both sent to Simon’s room moments after he arrived. Officer Blackmon remained behind if things became aggressive. There was no reason to arrest Simon, but they needed him to get the treatment he needed. Simon seemed nice and calm, but that could change in an instant. He was given some food, and that helped defuse the situation.

Nurse Lee asked, “Simon, how are you feeling?”

“Have you felt sick in the last six months?” she asked.

“One day seems just like the next,” answered Simon. 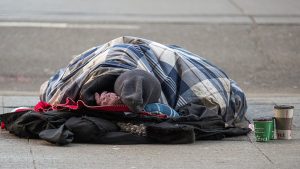 Dr. Fredrick asked, “Have you ever had surgery? Do you take any medications? When was the last time you saw a doctor?”

After these questions were answered, Nurse Lee asked, “What brings you into the hospital today?”

“He can’t walk. He’s dragging his right foot. He can’t place any weight on it.”

“It’s fine,” interrupted Simon. “It doesn’t cause me any problems. If that’s it, could I get a ride back to the beach?”

Dr. Fredrick asked, “Simon, have you ever injured your foot? Spider bite? Or something else?”

“Nothing. I swear. It has never worked right from when I was little.”

“Did you have this problem when you were born?”

“Maybe.” Simon folded his arms. “Can’t remember that far back.”

Officer Blackmon asked, “Simon. What position in football did you play in baseball back in high school?”

“Were you a good hitter?” asked the officer.

“I hit second best on my team, and I was fast. I almost got a scholarship.”

Nurse Lee said, “Sounds like you were really good. Do you like the Dodgers or the Angeles?”

“Dodgers. They are going to win the world series one day.”

Dr. Fredrick replied, “We can all hope.”

Moving close to the exam table, the doctor tried pulling up the man’s pant leg. Simon was unwilling to allow any type of exam. He pulled away, pushed, and lashed out. 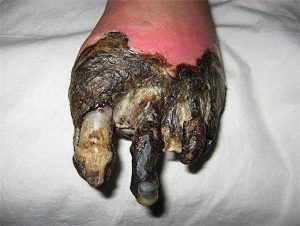 “Can we look at your foot?” asked Nurse Lee.

Nothing that any one of them said made any difference. Simon did not want his shoe removed, in fact, he was adamant about it. They offered him a drink, candy, and much more. It was clear that he was going to resist anything they tried doing.

Finally, Dr. Fredrick left the room and called the hospital administration. He had only seen a small portion of the leg, but he was extremely concerned about the color of the skin. Fifteen minutes later, he was approved to give a sedating shot to Simon. Returning ten minutes later with two other security personnel and two nurses held Simon down and gave him a shot.

When Simon was finally sedated enough, the staff began removing his shirt and such. They were unable to remove his pants or socks. Even the removal of his shoes was difficult. They began cutting off clothes, mainly his pants and his socks. Simon smelled awful; a combination of sewer, urine, and decay.

Simon had scars on his back and arms, likely from tree branches and fences. He had a left arm that was deformed, likely, he had previously broken his arm and didn’t get the treatment that he needed. He has sores on his buttocks, groin, and upper thighs.

But when they removed his right socks, the medical staff and security staff viewed something they had never seen before. In fact, they weren’t sure how it was even possible. Simon had a badly injured ankle and foot. The skin of the ankle was tightly attached to the bone. Most of the muscle and fat was gone, and the skin below the ankle was completely gone. All five of his toes had large portions of the bone that were exposed. The bone was discolored. Near the foot portion, there was some dry cartilage and ligaments that had fused to the bone.

“How is these even possible?” asked Dr. Fredrick. “I’ve heard about some drugs causing something like this, but I can’t imagine how he survived this long.” The doctor inspected the leg and found that blood flow in this area was largely diminished from the knee and below. The skin was cool but not cold. He was getting some blood flow to the leg but not to the foot. There was no bleeding or other signs of life in the foot itself. It looked like a cadaver’s foot that is used in anatomy class or during Halloween.

“What are we going to do?” asked Nurse Lee.

“We need to get some blood samples, start an IV, and prep for surgery.”

Simon required three surgeries, and most of his right leg was amputated. They started at below the knee, but over the next month, he needed two more surgeries. Simon was admitted to the hospital, and several lawyers, a judge, and a team of medical personal were assigned for his treatment. For the first few weeks, after the first surgery, he still refused care. However, it was felt that he needed the treatment, and a judge signed for the hospital to assume control over his decision-making.

Later, surgery was done to fix his arm, and a plate was placed. He was started on Anxiety, Depression, and Schizophrenia medications. Over time these helped, and the fuzziness of his mind cleared. He continued to have outbursts, anger, and paranoia episodes.

He relented and admitted that he’d stepped on a nail months and months ago. He got really sick but didn’t want to go to the doctor. It would swell up and bleed. He would shoot up drugs into his foot and leg to help with the pain. At some point the foot stopped hurting, and he rarely looked at it or even thought about it. In the back of his mind, he knew that it was bad, but he decided he was going to die or it was going to stop hurting. When it stopped hurting, he stopped worrying about it.

Two months after he came to the hospital, Simon was released. He is still homeless, but he now has a wheelchair. He has long since stopped taking his medications. But officer Blackmon or some of the other officers will see him and buy him lunch every once in a while. Simon has been taken to a homeless shelter, and attempts to get him social security and disability have failed. Simon still doesn’t want help and would prefer living on his own by the beach or somewhere else.