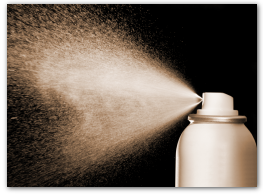 An ambulance pulled up to the entrance of the emergency room of the hospital with its lights flashing. The back door opened and two EMTs jumped out the back. They begin to unload their patient who was strapped to the backboard. The patient’s screams echoed around the corridor and soon several medical staff was running in his direction. It took a few staff to tighten him to the stretcher, in order to protect himself. He appears to be freaking out.

“Help me. I’m going to have a seizure and die!“

It didn’t take long for Nurse Vicky, the charge nurse, to take control of the situation. She asked, “What’s your name?“

“David Sanders. Please don’t let me have another seizure. It’s the worst pain I’ve ever experienced.“

In a pleading voice, David added, “Please help me.“

“I had a terrible seizure at work. I was working on the oil rig and went to get some equipment. When I went inside a shed, something happened and I can’t remember. My coworker splashed some water on my face and I woke up. He told me an ambulance was on the way.“

“Have you ever had seizures before?“

By this time, they had wheeled into the hospital and into an exam room. Nurse Vicky asked, “What kind of seizure did you have? Why did it happen?“

“I have no idea. That’s exactly why I’m here. I feel another really bad one coming on.“

Doctor Stevens stepped into the room. He was quickly updated by Nurse Vicky.

After the introductions, Doctor Stevens asked, “Have you ever hit your head or had a high fever that led to a seizure?“

“Not that I can remember.“

David Sanders’ body suddenly becomes rigid and he started shaking. He was flopping everywhere and began yelling, “This is going to be a bad one. Please give me something to make it stop.“

Doctor Steven’s shouted, “Start an IV and let’s get some lab work. Prepare for a brain MRI.“

Out in the waiting area, Doctor Stevens and Nurse Vicky searched for Jared Finter, the co-worker that found him. He was getting a cup of coffee in the small cafeteria next to the emergency department.  They started asking some questions, trying to better identify the cause.

After answering a few questions, Jared Finter asked, “Is David going to be alright?“

“I’m sure he will. But we’ll watch him for a few hours and make sure all his blood work comes back normal. We will scan his brain, it’s called an MRI machine. It will help us detect if anything serious wrong is happening.“

After a moment, Doctor Stevens nodded and Nurse Vicky asked, “Did you find him, with that ring of paint around his nose and mouth?“

“Um. . . ” Jared appeared slightly uncomfortable, glancing away. “Yes. He is often huffing paint. He’s in there a few times a week, but this time, he was in there for twenty minutes.“

“How did he look when you found him?” asked Doctor Stevens.

“Foaming around his mouth and he was shaking something fierce.“

After getting the results from the blood work and the MRI, Doctor Stevens returning to David’s room. “David. You have a problem.“

“Well. That depends on you.“

“All your blood work and your brain MRI came back normal. But, you know exactly what happened here, right?“

“Most likely. But the essential point to discuss, is what was the cause of your seizure?“

Doctor Stevens continued, “You’re at a larger risk of brain damage and seizures when you’re huffing paint. Your coworkers are aware of your addiction and this time, it resulted in a seizure. This is a very serious problem. Huffing paint is dangerous.“

“I don’t think that’s my problem. I’m here to see you because I had a seizure. I don’t huff.“

Lifting a mirror, Doctor Stevens pointed to the dried paint ring around his nose and mouth. He added, “The evidence says otherwise. You have a huffing problem. Huffing can cause seizures and one day, it may kill you.“

Check out more information on the dangers of huffing from American Addiction Centers:

The Dangers of Huffing Paint: Effects on the Brain and Body