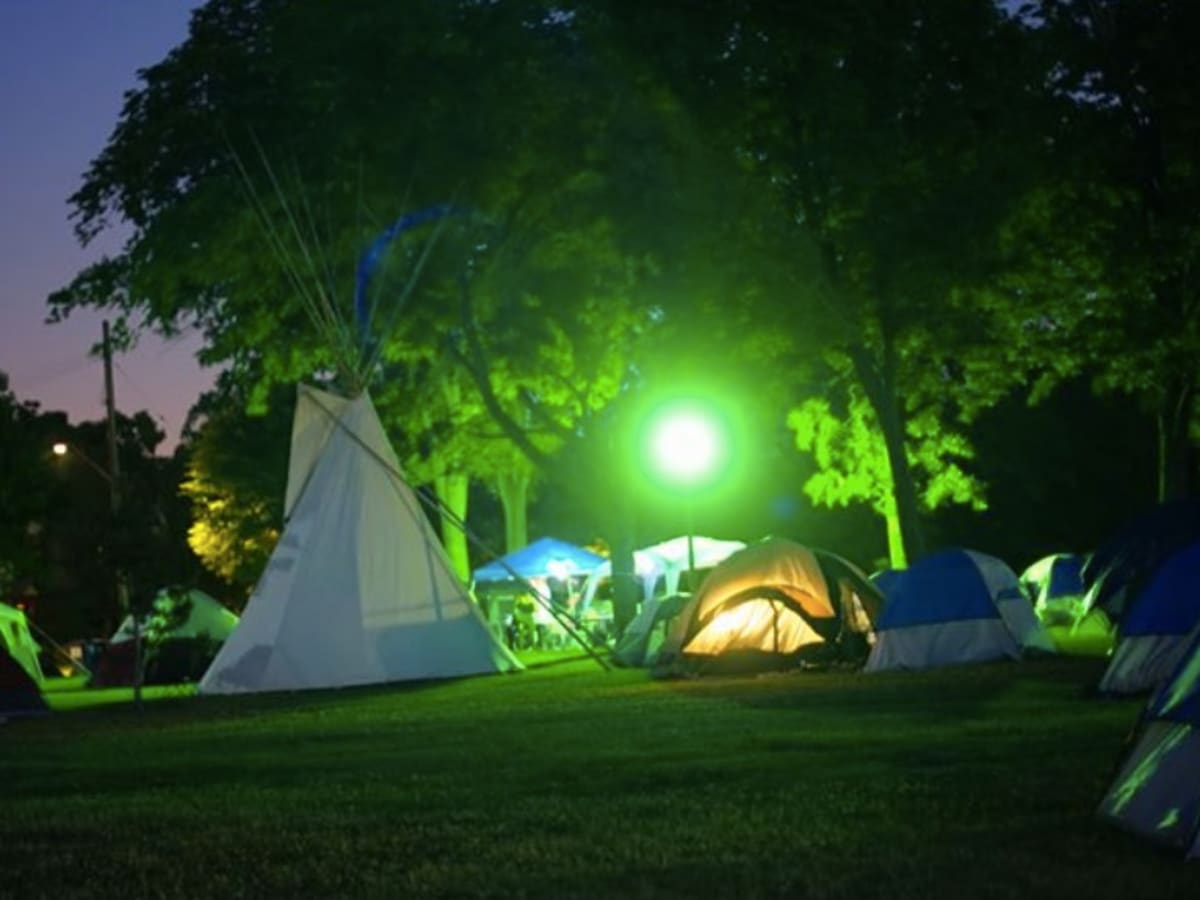 Working on the ambulance, we see some pretty crazy things. Some are more traumatizing than others. Luckily this one time, I experienced a positive result with a funny side-story. It was late at night, and the temperature was dropping fast. A snowstorm was coming in from the west and we were getting some lake effect. The temperature was expected to drop below zero.

We had been on two calls at two different houses that turned out to be nothing serious. This was good because that meant we had a break from some food. We stopped at a local diner that our crew frequented a lot. I simply love their potpie. It is a well-known place and it was busy but we were ushered to our normal spot. There are three of us on our crew. Drew and Cindy were a year or two more experienced than I was. But our team worked well together.

One call, Cindy might take the lead and another call it would be Drew or myself.  Halfway through eating, our ambulance and another were called to the local park to help with some of the homeless. When the temperature drops, the homeless look for a better place to shelter for the night. If they are lucky, they can find room at one of the dozens of shelters in the city. The number of beds is always limited so other places are under bridges, parks, inside cars left open, abandoned buildings, and wherever they might find refuge for the night. We were called to a homeless camp at Memorial Park.

As we drove to the site we received updated information. There had been a fight and police were called. However, during the investigation, a man had been found unconscious and not breathing. We arrived on the scene and immediately were led in the right direction. Police had already started chest compressions. The man was found in a tent by himself. 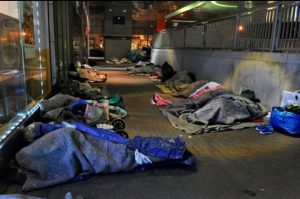 The three of us each had a different responsibility. I was writing down information and getting additional information from the other two paramedics, officers, and bystanders. The man appeared to be in his fifties or sixties but guessing the age of someone who is homeless is just as much luck as experience. An Iv was started, pads were placed to check the heart, and vitals were done. It quickly became apparent that the homeless man was alive, breathing, and had a good heart rate. For some reason, we couldn’t wake him up. We used Narcan and ammonia to elicit a response, but nothing.

The patient was moved to a gurney and strapped down. We placed all the machines, IV lines in the correct places and started piling on blankets. The man was suffering from hypothermia and probably much more. He was quickly loaded onto the ambulance and I drove. This situation was an emergency but not necessarily life-threatening. We quickly drove to the nearest hospital. We unloaded the patient and walked into the hospital. We were quickly assigned to a room and helped transfer the patient from our gurney to the hospital bed.

Rebecca, a nurse we knew well, came into the exam room. Drew and Cindy stepped out and I helped as much as I could. I was shocked as I moved the jeans of this man how wet they were. It was as if he had walked in water before he lay down. His socks and shoes were soaked. She began cutting off clothing if needed. She removed a thick jacket and a button-up shirt. These were mostly dry. She was forced to cut off the socks and pants of the man. It was clear he had not bathed in weeks. The aroma of the room was rancid. New EKG leads were placed on the chest by Rebecca. She used the IV stick that we had done.

“We need some heating blankets,” said Dr. Johnson who had stepped in for a moment.

First, Rebecca started drying off the man’s legs. Using some towels, she quickly dried off each leg and foot. She lifted them and rubbed at the skin which was more white than pink, especially below the waist.

“Bring in a hemodialysis machine, just in case,” added Dr. Johnson. “Let’s send out some blood work, if we can get it.”

Rebecca nodded and I took over the drying process. Rebecca went to the opposite arm as the IV and pulled out some blood to get tested.

Heating blankets were brought into the exam room and it didn’t take long for the homeless man to be completely covered.

The next step was for us to wait. Being paramedics, we always take opportunities that are presented. We stopped by the cafeteria to grab some food. We spend a decent amount of time driving around or at the hospital. Even between calls, we catch up with friends at this hospital. We didn’t get a chance to completely finish our meal so we grabbed some snacks.

Drew and Cindy remained outside the room, but I was curious about how this process would turn out. A hemodialysis machine would remove blood, warm it up, and return it to the body. It is only used in severe circumstances and fortunately, this homeless man did not need it.

He remain unconscious for an hour, but his vitals remained stable. His heart rate was strong. It was as if he was having trouble waking up but Dr. Johnson and Rebecca didn’t feel he was in any immediate danger.

The man woke up just before we were about to leave. We hadn’t received our next call, but it was time to get back out on the streets. We still had three or four hours left of our shift.

I stopped by and the homeless man was waking up. Rebecca hurried in and began checking on the man.

“Why? Did I get injured?” The man’s mouth was dry and his voice was raw.

“The police found you and you were unconscious. Do you remember what happened?”

“I was chased and ran through the park. I had to hide in the river so that those boys wouldn’t hurt me.”

“I don’t know who they were. They just laughed at me.”

“Then what happened?” Rebecca asked.

“I made my way back to my tent and collapsed.”

I added, “That’s where the police found you. I’m one of the paramedics that found you and brought you to the hospital.”

I shook his hand and I left. I updated Drew and Cindy about the good outcome. We drove off and responded to another call.

While we were driving an hour later or so, my phone began ringing. It was Rebecca from the hospital.

After greeting each other, Rebecca said, “You’re not going to believe what happened.”

“Good. Tell me what happened.” 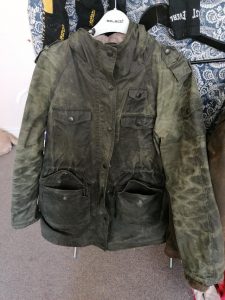 Rebecca continued, her voice animated, “Thirty minutes after you left, Mr. Conaway asked about his clothing. I told him that we had to cut the pants and socks. He asked about his shirt and jacket. I didn’t know where they had gone.”

I said, “I remember Jackie coming in and she took all the clothing.”

“Makes sense. That’s what I thought had happened.”

“She was going to destroy them.”

“Exactly. That’s what I told him. I explained that we had plenty of extra clothing to give him. He wanted to know specifically about his jacket. I told him that it was likely destroyed. He went crazy and started screaming and shouting, trying to get out of his bed. He went nuts. I didn’t know what to do.”

“Because of his jacket?” I asked. “I don’t remember it being top quality or anything.”

“Me neither. I couldn’t calm him down and he kept screaming for his jacket. I told him that I would go look for it. Luckily I caught Jackie just a minute or two before she was going to incinerate the jacket. I retrieved it and brought it back to Mr. Conaway. When I walked in the room, he hugged it like it was his long-lost friend.”

“Are you messing with me?”

“No. I finally got the truth out of him. At first, I thought it had sentimental value. Turns out, it had fifteen thousand dollars sewed into the lining.”

“He showed me. There were four or five pins on the inside that when he removed them, I could see dozens and dozens of different types of bills. I didn’t count it but…”

I stated, “He had fifteen thousand dollars stuffed in his jacket and he’s living on the streets.”

“He said he uses it rarely but it is for an emergency,” replied Rebecca. “And it helps keep him warm.”

Rebecca said, “I would’ve never believed it had I not seen it.”

“Why does he hide his money?”

“He said that he’s afraid that if anyone else finds out they will steal his coat.”

I said, “I bet that would happen. Is he still getting better?”