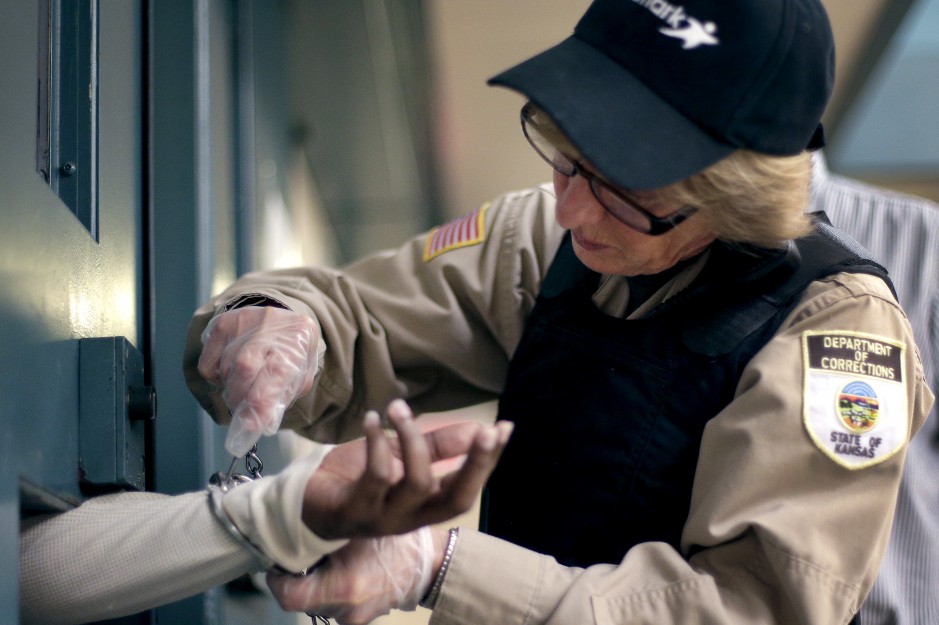 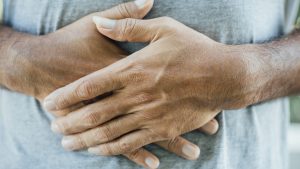 At a correctional facility near the ocean in a climate with heat and humidity, sometimes the inmates do spectacular things in order to attempt to change their situation or to manipulate their surroundings. For the staff, who have to work in these difficult circumstances, it can be tough.

A few years back, the nurses responded to an inmate refusing to cuff up at the door. They were there in case the situation became worse. The officers tried unsuccessfully for twenty minutes for the individual to cuff up. A social worker came who knew the inmate well, and within a few minutes, the inmate was cuffed and was brought out of his cell.

That was when the inmate, Zander Zenaway reported that he had swallowed fourteen small flexible pens, a portion of his razor, and two batteries that he had removed from the cordless phone, and more.  Apparently, he had saved all these items and swallowed them within the last hour.

The nurses assessed Zander, and he was stable, but he reported some body aches, stomach aches, bloating, and spasms in his stomach. The nurses notified the on-call provider, and an X-ray was ordered. There wasn’t X-ray capability on-site, and therefore an outside agency was called.  It was a few hours before the X-ray tech arrived.

Once the X-ray was done, Nurse Elana spoke with the tech to better understand the situation. The X-ray tech reported that Inmate Zander wasn’t lying. He had everything he had said and more stuck in his stomach. The pens might have been there even longer, but it didn’t seem that they were going to pass.

A local hospital, almost two hours away from the prison, was called. A surgeon confirmed their fears, and the patient would require a procedure to go in, through the mouth, and remove the objects. If they couldn’t remove anything, then surgery would be considered.

Zander was transported via ambulance to the hospital with an officer monitoring the situation. Zander was admitted, and it took a few hours before the doctor came to see him.

Doctor Rencart asked, “Mr. Zenaway, why did you swallow all these items?”

“I was hungry,” Inmate Zenaway replied. “And, my section is so hot, there is no air-conditioning, and I haven’t had food in two weeks.”

Officer Davyan interjected, “None of that is true. He gets three meals a day, and yes, the prison is warm, but it’s summer. There’s air-conditioning in his housing area.”

Inmate Zenaway responded, “Maybe, I just wanted a few minutes outside the walls.”

Doctor Rencart and his nurses pushed Zander out of his room and towards surgery. Officer Davyan followed each step of the way.

Hours later, the retrieval of items had been completely successful. Surgery had not been required, but Zander was taking a few moments coming out of anesthesia. Doctor Rencart returned and performed an exam. Zander was considered stable enough to return to the prison. Quickly the transport vehicle and Officer Davyan sprung into action. Minutes later, with the help of the nurses, Zander was moved into a wheelchair and escorted to a correctional transport van, and driving back to the prison.

About thirty minutes from the prison, Zander said, “I think we need to pull over. I’m going to be sick.”

“What do you mean?” asked Officer Davyan.

“My stomach is on fire. I don’t feel very well.”

“I couldn’t help myself. I swallowed something.”

“We know. That’s why you went to the hospital. We already took care of that.”

“No,” Zander replied. “I swallowed something else after they removed the pens and stuff.”

“How’s that possible? You were cuffed the entire time.”

“I grabbed something when someone leaned over.”

“No way!” exclaimed Officer Davyan. “Is that even doable?”  Unsure what to do, Officer Davyan called the prison, and it was recommended that he continue driving forward. Upon arrival at the prison, Zander was X-rayed again, and there was another foreign object in his stomach. 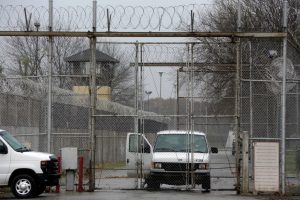 The hospital was called, and Doctor Rencart was far from pleased to hear that it was the same patient as before. Once again, Zander was transported back to the hospital.

This time, Doctor Rencart was far less conversational. He gathered the basic information of another foreign object but did not believe the story of Zander. He assumed that the patient had found something inside the van on the way back to the prison.

An hour after the procedure, Doctor Rencart returned to the room with a look on his face that was apologetic. He said, “Turns out that Zander here, swiped my nametag when I came in for an assessment. He swallowed the entire thing.”

Officer Davyan replied, “When Zander isn’t on his medications, he will swallow anything he can. It is impossible to stop him sometimes. It’s not like the prison can remove all items permanently. It seems like the situation is only getting worse.”

Doctor Rencart replied, “Unfortunately, this procedure was a little more difficult than the first one. He’ll need to stay overnight.”

“I will be relieved around midnight by another officer,” replied Officer Davyan.

Zander loved the hospital dinner and asked for extra soda every twenty minutes until around eleven at night when Officer Davyan shut that down. He slept perfectly through the night without a single complaint.

Doctor Rencart returned early the following morning to discharge Zander. He asked, “How is everything?”

The new officer, Officer Martinez, replied, “Zander has been really anxious for the last hour. States he can’t swallow.”

“What seems to be going on?” asked Doctor Rencart.

Zander shook his head back and forth.

Zander refused or couldn’t say anything.

Doctor Rencart noticed that spit was coming out of his mouth and that Zander didn’t seem to want to close his mouth. Performing an assessment, he found nothing inside his mouth, but it was clear that Zander was having trouble swallowing. A portable X-ray was immediately brought into the room, and Doctor Rencart was once again shocked at the image before him.

For the third time, in less than twenty-four hours, Zander had required a procedure to remove a foreign object. This time, surgery was essential.

It turned out that sometime during the night, and despite the fact that he was handcuffed, Zander managed to pull up his sheet and created a loop in his sheet. He swung the lasso several times from his hospital bed while the officer was either in the bathroom or during the change out. Zander explained that it took several times to lasso the blood pressure machine.

Zander yanked the machine closer and was able to reach a stethoscope. For over an hour, he bent a portion of the earpiece of the stethoscope and finally broke it. The piece was longer than six inches. He swallowed it early that morning. The problem was that it became lodged near the opening of the stomach and even cut into the wall.

Retrieval was not an option. Zander had a complete surgery where they were required to open up his chest and stomach in order to remove the entire piece dislodged in his esophagus and stomach. The surgery was complicated and required a full two weeks of recovery in the hospital and several weeks of only eating liquids.

Zander was moved to a particular room, with almost no extra items for him to swallow. Two and three officers watched him the entire time.

The prison only hopes that Zander Zenaway has learned his lesson and stops swallowing these foreign objects. Only time will tell.