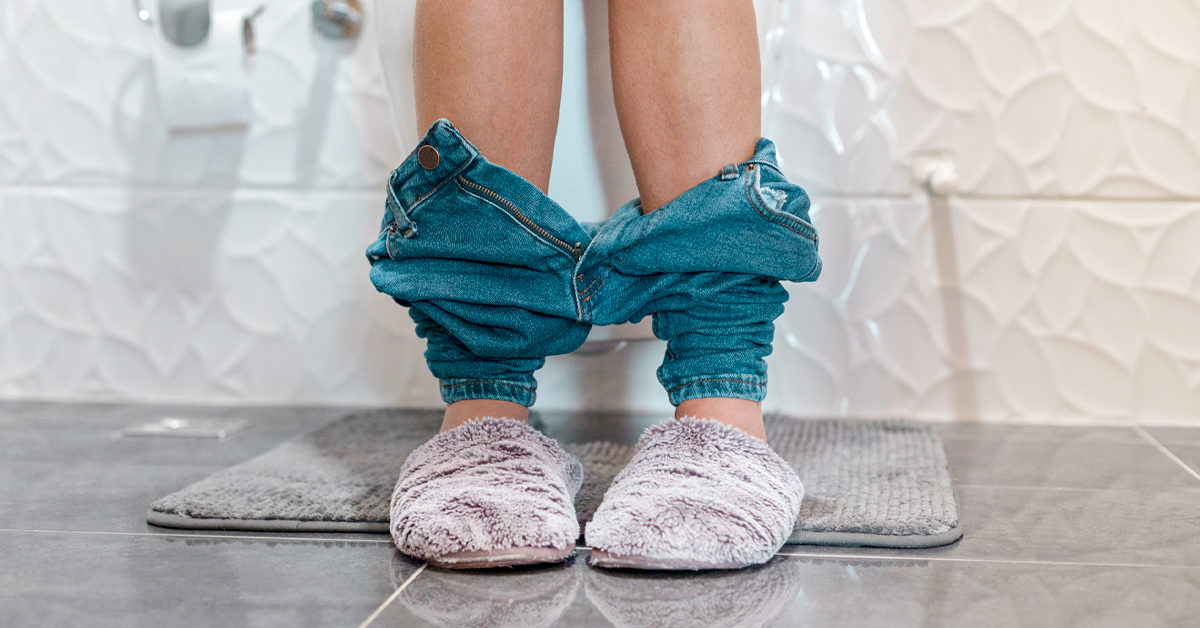 A Certified nurse assistant (CNA), let’s call her Mary, was working in a small community, reporting for her shift at the nursing home. It was the graveyard shift, and she enjoyed this part of the day and this shift. Not everyone can work the graveyard shift. It allowed her to study and she felt she was accomplishing two tasks at once. She was working in a lockdown unit which means that anyone coming in or out, must be allowed to do so. Typically they were buzzed in. This was especially true for the residents of the nursing home who, unless a prearranged doctor’s appointment or family gathering, remained on the unit.

Often, there was plenty to do including puzzles, games, television, and much more. At this particular site, there was a second building, for those who did not require a lockdown unit. Another staff unit was required to oversee this second building. They had more patients to monitor, but often, they were less work.

After Mary had fed and changed most of the patients, they were sent to their rooms to watch television or to go to sleep. She started cleaning up the dining area, vacuuming and preparing the bedtime medications. She worked for about an hour and had mostly finished everything that was required when the phone rang. On the other end was Fletcher, who was extremely lazy.

“I’m hungry. I am going to go get some pizza. Can you cover my area for like five minutes?”  Fletcher asked.

“Now?” she asked. “Didn’t you just come on your shift like an hour ago?”

“I’ll bring you back half the pizza?”

“I’ll be over in five minutes.” Reluctantly, Mary agreed. She finished her area and locked the doors. She hurried over to the other building. It was like eleven at night. When she stepped in, Fletcher was waiting for her.

Fletcher said, “There’s only one lady to worry about. Her name is Dorothy and she’s in room 312. She is using the restroom. She’s here just for a few days, her family is out of town.” He politely added in a softer voice, “She has some problems standing for long periods of time. She is overweight.” 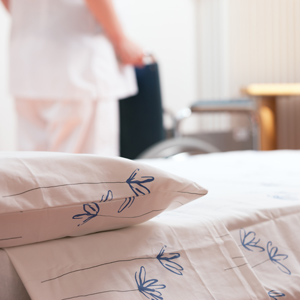 Mary nodded and headed down the second hall. She waited for ten minutes for the call light to come on. When it didn’t, she got worried and opened the door. Mary asked, “Dorothy, it’s Mary. I am here to help you. Are you ready?”

Five minutes later, the call light came on and Mary entered the small apartment like a bedroom. This unit was especially for more high functioning patients. In Dorothy’s case, like many others, she was there for a short time only. Her family was the primary caregiver. Since they had gone out of town, Dorothy needed a place to stay. As far as Mary knew, this was the first time Dorothy had come to visit. Many other patients had come over the years, some had been following a stroke and release from a hospital. Others had a hip fracture and needed a few weeks of recovery. Dorothy was like many other patients before her.

As Mary entered, Dorothy said, “I am in the bathroom. I need help getting up.”

Mary continued to the bathroom and found Dorothy finished with the toilet. Fletcher had been right, Dorothy was overweight. She was nearing something like 400 pounds. Again, this was not unusual for this type of patient to come to the nursing home.

The bathroom was small. The doorway as to the right, where the sink was. Next to the sink, and further into the bathroom was the toilet. A small standup shower, without a bathtub, was located in the far back area of the bathroom. Mary stepped inside and tried using her hands, interlaced with Dorothy’s hands to get up from the toilet. That didn’t work.

Dorothy added, “I guess I am really stuck.”

“No worries,” Mary said. “Let me come to your side, and I’ll trying to reach under your shoulder and help you up.”

Unfortunately, that didn’t work either. The last option was to give Dorothy a bear hug, wrapping her arms around her. Dorothy agreed. Mary reached under both arms and reached around Dorothy. It took a few attempts, but with Dorothy trying to stand, and Mary pulling her up, she finally stood.

That was when the real problems started. Dorothy had been sitting too long, and her legs had gone numb. With Mary still guiding her, Dorothy took a few small steps. Dorothy tripped forward and crashed into Mary. Luckily, Mary was able to maneuver correctly, and they didn’t crash into the wall. Instead, Dorothy fell forward as Mary fell backward. Dorothy landed on top of Mary, who provided the cushion in the fall.

“Are you hurt?” Mary asked after the dust had settled. (Actually, it was a whole lot of baby powder)

“Roll to the side and I might be able to get out,” Mary encouraged.

Still, Dorothy was unable to respond.

Mary took a moment to catalog her own injuries. The back of her head had hit the floor, and she had started to bleed. Her left arm was still caught awkwardly underneath Dorothy. She remembered Fletcher but realized he had only left a few minutes ago. He was likely going to be gone another five or ten minutes. She couldn’t reach the call line, and even if she could, what would that accomplish. She decided to give Dorothy a few minutes to recover. 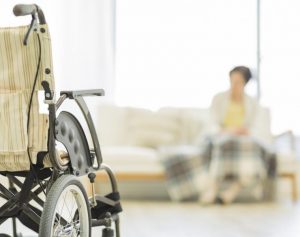 For the first time, Dorothy spoke, “What do you want me to do?”

“You’ll have to roll to your left, so I can get my arm out.”

Dorothy rolled, and it took a few minutes, but Mary was able to release her arm. It felt so good to be able to move her arm. Mary said, “Great job. Now let’s have you roll to your right, I think that will free me enough.” It took another five minutes before Mary was able to pull herself out.

Halfway through, Dorothy started to cry again. She said, “This is the most embarrassing thing that’s ever happened to me.”

Mary said as she stood, “And it’s over. Never to worry about it again.”

It took five minutes, maybe ten, to get Dorothy dressed, into a wheelchair, and moved over to her bed. It wasn’t hard to get her back into bed and settled. Mary sat with Dorothy for another five minutes and talked. It wasn’t long before they were friends.

Fletcher came back after another twenty minutes. In all, he was gone for almost an hour. But Mary never said anything to Fletcher about Dorothy or what happened. Mary visited Dorothy every day for the next two weeks before Dorothy left. It was a difficult experience for both of them, but they both found a way to overcome it.