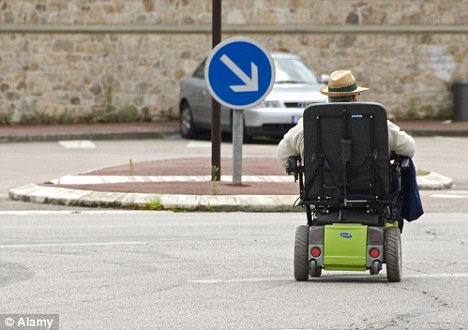 I finished serving dinner at the nursing home where I was working when I sat down to listen to some stories of an older man. He was starting to have symptoms of Dementia, and he would forget things, get angry, and have trouble problem-solving. But, when his memory was in top shape, he would tell some of the most amazing stories.  And today, was a good day for Mr. Myers.

At dinner, he was outdoing himself. He was telling stories, with hand gestures, smiles, and passion. He had the entire room captivated by his stories. He was going on and on about places he had traveled, the people he met, and even some of the risque adventures he had been on. It was a good day, and the entire room was laughing. It was good to see. His mind was as clear as I had seen it in months. Another resident had recently died, and the mood had been somber for weeks. But today, it felt like maybe things were changing for the better. 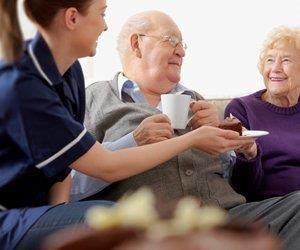 After dinner, I was called to another room to help with a shower. This is a typical function of our staff, and several patients a night need showers. As I finished, the alarm sounds went off. This meant that a door that was supposed to be closed, was opened. This was only to happen in emergencies. I quickly finished what I was doing and ran to the lobby.

Amber, the LPN in charge for the night was frantic. She was sending two other nursing assistants around to each room to make sure that everyone was reassured and calmed. Rich and I arrived in the lobby around the same time. Amber was quite relieved.

Pointing to the side door, Amber said, “Mr. Myers just got into a fight with another resident and he took off running. Can you guys go find him?”

I said, “Call the police if we are not back in ten minutes.”

Rich and I headed out the door. We are somewhat in a busy area in town. Right outside the door is an open parking lot. Behind us is a fair amount of trees. It would be doubtful that he would wander through the forest.

Rich said, “I’ll head up the street and you go down.”

“Call if you see anything.”

We headed off in different directions. I hurried through the parking lot and when I reached the street, I turned right. I ran down a block and found Mr. Myers’ shoe in the middle of the sidewalk. I called back to Rich and Amber and told them what I found. Rich was going to double back – on a different street, just in case Mr. Myers went down a different street. I continued forward.

Another block down the street, I ran into a girl who was really upset. She was on the phone and I heard a bit of her conversation. I ran over to her and tapped her on the shoulder. When she turned, I asked, “Did you just say something about an old man?”

She held up a shirt and I recognized it as Mr. Myers’. She added, “Yea you did. It was crazy. He ran up to me, took off his shirt and started dancing for me. He tried to kiss me. I pushed him away and he laughed and threw his shirt at me.” 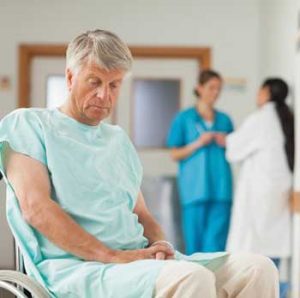 She pointed down the same street and I sprinted off after Mr. Myers. I found his second shoe near a restaurant. I glance through the window and half of the guests were inside on their feet. As I stepped inside it didn’t take me long to learn that a man, half-naked, had just run through the restaurant, knocking down drinking glasses. I followed to a back door that led into the alley. I heard some commotion and continued running forward.

This time, I found another woman ranting. I paused to asked, “Was it a half-naked older man?”

“He kissed me. Like three times. I was so shocked.”

She pointed down a street that went almost perpendicular to the street I had been running down before. I called Rich and Amber and told them what was happening. Amber was going to call the manager so that the restaurant could be called and the situation explained. I took off running.

A block later, I found some underwear on the ground.

Screams down a side street told me exactly where to find Mr. Myers. I called Rich and told him where to find me. He was going to bring our van. I ran the last few hundred feet knowing what I was going to find.  Yet, I was still completely shocked to see it. When Mr. Myers came into view, I almost came to a complete stop. Mr. Myers in front of a well-known hotel. He was still wearing a sock and shoe on one foot, and only a sock on the other foot. No pants or shirt at all. He was laying on a car, on a taxi, on the front window spread eagle.  Luckily there were no passengers inside. The driver, however, was outside of the car yelling. Several of the hotel’s patrons were laughing, screaming, and pointing. 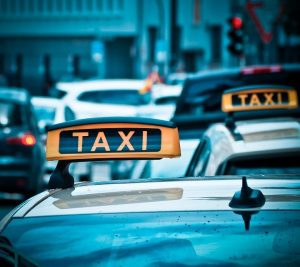 When I reached the car, someone was trying to pull Mr. Myers off the car. I hurried forward and explained what was going on. It took a full minute to get Mr.  Myers’ attention. By now, he was tired and all the energy was out of him. He let me help him off the car. I don’t think he recognized me in the slightest. He did let me guide him to grass. He sat down and I put on his shirt and his underwear. I even put on the second shoe. His pants, I have no idea what he did with them.

Rich arrived with the van a few minutes later. We got Mr. Myers inside and back to the nursing home. A few weeks later, he was transferred to a lockdown facility. This had been his third time running from our facility. We could no longer handle him. But Mr. Myers was sure missed. In the end, restitution was made at the restaurant. It was a serious and crazy adventure and in the moment I was so scared that something bad would happen. But now, I laugh about it all the time.