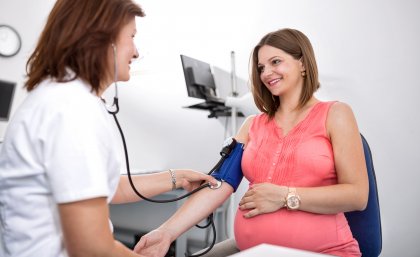 As I was finishing up an exam with one patient, I heard my next patient screaming and screaming. As I walked down the hall, it became clear that the patient did not appreciate what the nurse was trying to do. The patient kept asking, “Who says I am fat?”

Nurse Collins, one of my more experienced nurses, must’ve also heard the yelling and she was already at the door, knocking, and entering. By the time I arrived, Nurse Avery was just coming out of the same room. She was distraught and in tears.

I asked, “What’s going on in there? Are you alright?”

Nurse Avery shook her head. I walked with her for a few steps to get some privacy.

Nurse Avery said, “Ms. Ferguson was upset that I checked her weight when she first arrived. I didn’t know that it would set her off. She has gained more than twenty pounds since she was here six months ago but I wasn’t calling her fat.”

“That’s what I was thinking. I asked her if she felt she was eating more, or if it were possible she could be pregnant. She bit off my head and began yelling how insecure she felt because of her weight gain. I guess I didn’t make things any better by asking her about different things.”

Nurse Avery smiled appreciatively and went to take a break. I returned to the door and found that Mrs. Ferguson was yelling again, this time at Nurse Collins. I knocked and entered the room.

She replied, “How do you think I am doing?” 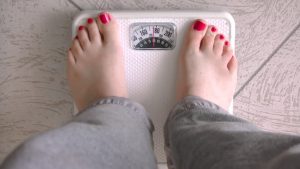 “By the sounds of things, you’re pretty frustrated. I’m sorry that you are upset at the questions my nurses are asking. They were just trying to get a little medical information before I came in to see you.”

“Well… a lot of those questions are about my weight.”

I pulled out her chart and sat on a chair close to her. Nurse Collins took a few steps back, but she stayed in the room. I opened the chart and showed her the vitals we had recorded the last time she was in our clinic. “I’m sorry that the questions made you feel uncomfortable. We are definitely not calling you fat. But these are questions we ask everyone when there is a change in vitals. If it had been your blood pressure, our questions would have been related to your heart or such. Your weight six months ago was 127 lbs and today you are 150 lbs. We just want to make sure there is nothing that we need to be aware of.”

“But honestly,” Mrs. Ferguson replied. “Talking about a girl’s weight is a sensitive subject. I know I’ve gained some weight, my boyfriend has said something about it the last two weeks.”

“I totally get that,” I replied. “But there are things like Endocrine problems, Thyroid, Diabetes and such that be associated with weight gain.”

“What kind of thyroid problems?” she asked.

“Metabolism or the breakdown in food is largely affected by your thyroid. There are enzymes released from the thyroid that can cause it to speed up and slow down if they aren’t released as they should. In cases like Hypothyroidism, your metabolism and other things can be affected by the lack of hormones. It is just one of the possible causes of your weight gain.”

“Does there have to be something wrong with me?”

“Not necessarily,” I said quickly. “Weight gain can be caused by stress, lack of exercise, lack of motivation, and other things. Have you felt you have been eating more than usual? Have you been getting less exercise?”

Ms. Ferguson had calmed down considerably. She was much more willing to answer questions and even asked a few of her own. She admitted, “I have been eating a little more than usual. A few months ago, I had some stomach issues and I thought I had an ulcer. I was nauseous every morning, but as the day went on, I started to feel better.”

“When is the last time you felt nauseous?”

I nodded. “Is there any diabetes that runs in your family?”

She shook her head. “I don’t think so. My parents are pretty healthy. They aren’t overweight and my grandparents are the same.”

“It looks like you’re turning twenty-two in the next few weeks.”

“I am excited about my birthday.” 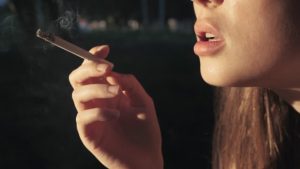 “Do you smoke or drink?”

“I smoke about a half pack of cigarettes a day and drink maybe three or four times a week. I don’t get drunk that often. It has been at least a few months at least.”

“Were there other reasons that you came into the clinic today?”

“My period has been off the last few months. I get a little spotting every now and then. I’m usually pretty regular, but I was wondering if I should get an IUD or get on some birth control to help regulate my periods but I’m not good at taking the pill.”

“Are you sexually active?”

“Yes. I live with my boyfriend and we have a healthy relationship.”

“Do you currently use protection?”

Her face went slightly pink. “Most of the time.”

I nodded and wrote down a few things in my chart.

“What do you think, Doctor Maas?”

“My recommendation is that we do some blood work and a pregnancy test. We can check for diabetes and thyroid issues and make sure everything else is going alright.”

“That may be true, but in order to be considered for an IUD, we must do a pregnancy test.”

“Whatever,” Mrs. Ferguson replied. “I guess I need to pee in a cup.”

As Ms. Ferguson was leaving the room, she announced, “You can call me Kelly.”

Kelly was back in her room twenty minutes later. Turns out, it was exactly what I had thought. She was sitting on the exam table when we came in. Nurse Collins brought in a few things and I asked, “Can I do a quick exam?”

I listened to her heart, stomach, and did a general exam. She appeared healthy and strong. She had no other obvious signs of thyroid or diabetes. I asked, “Can you check your blood sugar? This can help us understand your risk of having diabetes.”

Her blood sugar was 87 and her blood pressure was again normal. Nurse Collins explained the results.

“Well. We think we know what is going on. Of course, the lab work will take a few days, but we have a pretty good idea.”

“Is there something wrong with me?” asked Kelly.

“Not-at-all,” I replied. “Your blood pressure and blood sugar are normal. But, it is pretty clear that you are pregnant. The pregnancy test was positive.”

Nurse Collins pulled out the pregnancy test and showed it to her.

“We also have this machine that can listen to the heart rate of your baby. Will you let us see if we can hear a heartbeat?”

As Nurse Collins prepared the machine, I said, “If it’s too early in the pregnancy, we can’t hear anything, so we will see.”

Nurse Collins placed the machine and quickly the baby’s heart rate was heard. The whooshing sound was quick and strong.

Kelly continued shaking her head. “I just can’t believe this is happening to me. I must be one of the people where rare things happen to. I’ve heard that even with the pill or condoms that you can still get pregnant.”

I said, “Earlier, you said that you sometimes forget to use protection.”

“That’s not what I meant. In the past, I have forgotten to take my pills. Those are hard to remember. But, for the past six months, my form of birth control has been smoking. My boyfriend and I both smoke before and after any sexual activity.”

I shared a glance with my nurse. I hesitantly asked, “Why do you do that?”

“I’ve heard the commercials and I have a lot of friends that tell me that smoking can cause you to become infertile. It’s the best way to prevent getting pregnant.”

I had to cover my mouth quickly. When I dared to speak I said, “Preventing pregnancy and being infertile are two different things. I see how that might be confusing. Infertility is a permanent inability to get pregnant. Things like condoms and birth control prevent fertile women from getting pregnant. Smoking may cause infertility in a bad way but it shouldn’t be used as birth control.”

Nurse Collins added, “It’s not honey. Lots of women who smoke get pregnant. Infertility only happens in a small number of people who smoke. It is called a side effect.”

“Whatever,” Kelly replied. “How far along am I?”

“At least six or seven weeks, but it could be more.”

We had a lot more explaining to do. She had several misconceptions about other things tied to pregnancy. We performed an ultrasound and ordered more blood work, an OBGYN visit, and a follow-up. Turned out she was twenty-two weeks pregnant.