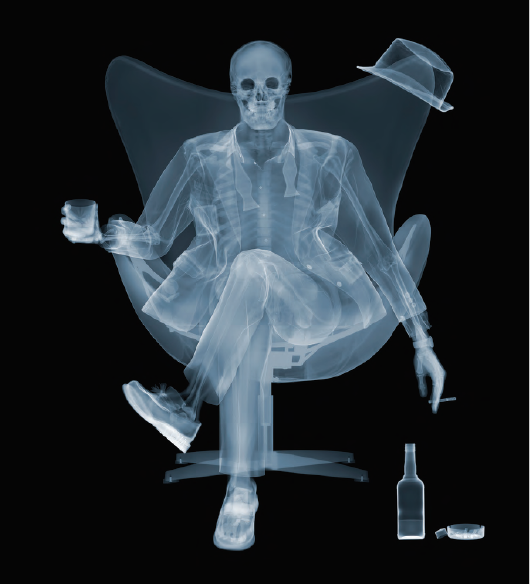 In most prisons, you have a medical area that is designated to treat those with the most serious medical conditions. Often, this area is called the infirmary. There can be a nursing station, several exam rooms, several cells designed to have the sickest of the sick housed in an area that is easily accessible by the medical staff. In our prison – we have eight exam rooms and over thirty such cells. Some of the inmates who are housed in this area are so sick, that they will never be housed anywhere else. They often need one-on-one care by a CNA or nurse. We have several providers that are assigned to this area. It is often difficult to be assigned to such an area for a prolonged time period.

The infirmary also sees many patients throughout the prison that are having emergent or urgent problems. These types of patients include a patient with an infection, or elevated blood sugar, or a laceration that requires sutures. The infirmary, especially during the day, can be a very busy area. At night, providers are on call to deal with any emergencies. Nurses are on staff to do assessments and call for orders.

One week, a few years ago, I was assigned as the provider in charge of the “walk-ins” and I was assigned to be on call for that week. I would see patients during the day and address any issues at night. If something needed to be seen the next morning, they would be added to my scheduled. My colleague was assigned to everyone that was living in the infirmary and most of the new orders that came into our prison.

My second day, a patient – Mr. Duncan – came into the infirmary with a complaint of Kidney stones. This is often a common complaint. He had blood in his urine and some flank pain. His vitals were normal. I spent some time with him, trying to see if anything else could be the problem. It was weird, Mr. Duncan kept holding out on information. He would tell me a little, then wait. It took him over an hour to urinate for the sample that we needed. The third time I went into the exam room, he suddenly changed his mind about everything and refused treatment and left as quickly as possible.

On my third day, I stepped into the room of my next patient and was surprised to see Mr. Duncan was back. It was obvious that he wasn’t excited that I was the provider seeing him. This time, he was here for a skin burn. He insisted that his kidney problems had resolved and he ensure me that he must’ve passed the stone. His main concern for today was that he’d dropped some hot water onto his foot. Sure enough, he had a large blister on his foot. It was a second-degree burn and there was a large blister – larger than a golf ball on the top of his foot. Mr. Duncan wanted to break the blister but I strongly encouraged him to avoid doing so. Breaking the blister could put the area of skin at risk of an infection. He was advised that he would be given some specific burn cream and he would be ordered for daily dressing changes. I gave him some pain medications and he was very appreciative of the care he was given.

On my fourth day, I noticed that Mr. Duncan was on my list again. This time for an infection. The area affected had not been specifically outlined in the charting. I entered the exam room and this time, Mr. Ducan was upset that I was there. He said, “Isn’t there anyone else that can see me?”

I said, “Nope. Just me for today. Where is this infection?”

“Did you break the blister?” I asked.

As I looked at the blister, I was surprised by the amount of redness that was there. The blister had indeed been broken. There appeared to be a large amount of sand and dirt in the wound. It was as if he had taken dirt and rubbed it into the wound. It took nearly an hour to clean out the wound properly. The wound was bandaged and I ordered the patient an antibiotic. I explained that this was what we were trying to prevent.

As he left, he said, “Sorry for the inconvenience. I promise you won’t see me tomorrow.”

Mr. Duncan was not on my list the following day. However, an hour after my shift ended, I received a phone call from the prison explaining that Mr. Duncan had reported that he had an infection on his skin, caused by a burn that we were refusing to treat. In addition to that, he had a long-standing history of kidney stones, and that no one in the prison was helping him at all. The nurse had reviewed the chart and had seen how much we had done for him. She had watched him for an hour and had cleaned his wound and ensured that he had gotten his pain medication. The nurse said that the odd thing was that Mr. Duncan was trying to negotiate that he could stay in medical until eight pm and he wouldn’t file a complaint against the prison. The patient was sent back to his housing.

Around five in the morning, the same nurse called back and said the Mr. Dunan had returned to the infirmary and was now complaining of stomach pain, hip pain, and vomiting. The nurse said that Mr. Duncan actually looked really sick and was having trouble walking and was holding his stomach. I ordered some STAT labs and a stomach and hip X-ray. I finished getting ready and headed into the prison.

By the time I arrived, Mr. Duncan was crying and screaming that he was in pain. The X-ray was just been done. Mr. Duncan had tried to refuse the X-ray initially but he finally relented. I first went to look at the X-ray and was shocked at what I found.

I quickly went to talk with Mr. Ducan. I said, “Tell me what is really going on. I have looked at the X-ray.”

Through gritted teeth, Mr. Duncan explained, “I knew my cell area was getting searched this week. I bit my cheek and spit into my urine to make it show that I had blood. I was hoping to meet one of my friends up here in medical. He was going to come up with some chest pain. That didn’t work, so I poured to water onto my foot. It caused a blister and I knew that the nurse would allow me to come up to medical.”

“We’re you trying to injure yourself?”

“Not really. But, I really needed to see my friend. I was holding onto something for him.”

“So you broke your blister and poured sand into it?”

“I didn’t have a choice. It’s not like I could be caught with this thing. Also, my friend really needed it. We planned on both coming up after hours last night. I’ve no idea what happened to him.”

“Are you going to tell me his name?”

“No way. I’ll deny that I ever said anything. In fact, I’ll say that someone put up there while I was sleeping.”

Shaking my head, I added, “I’m not here to get anyone in trouble. I just want to help you.”

“Then do something!” he shouted.

“We’re you hiding it in your rectum?”

“That’s one of the only places the officers won’t check. It took some practice, but it works really well.”

“So, what happened this time.”

“I couldn’t get it out last night. It got caught or something. This is really bad. I was injured last night and that was when I started getting sick.”

I pulled out a copy of the X-ray. “If I am not mistaken, that’s a tattoo gun stuck in your intestines. Did you create that from a walkman?”

“This is why I didn’t want to get the X-ray,” he muttered.

I continued, “Not only is the tattoo gun stuck, but it appears that you perforated your intestines. Your large intestines, in fact.”

“What does that mean?”

I put on a glove and pulled too hard. One of my fingers broke through the glove. I said, “A perforation is when there is tear in your bowel. Essentially, the stool is leaking into your abdominal cavity. It is extremely dangerous. That’s why you are getting so sick. That’s why your stomach hurts so badly and why you’ve been throwing up.”

“The nurses called an ambulance. It looks like you are on the way to the hospital and getting surgery. All to hide a tattoo machine.”

“My friend is that good at tattoos,” Mr. Duncan said as if his own life meant nothing. “What will happen to the tattoo gun?”

“The hospital will likely keep it.”

“Then you will likely die.”

Grumbling, he said, “This is the stupidest thing ever. It’s like you are punishing me.”

Mr. Duncan required two surgeries to remove the machine and repair the intestine. He had another infection, the reason for the second surgery. It took him about six months to fully recover.