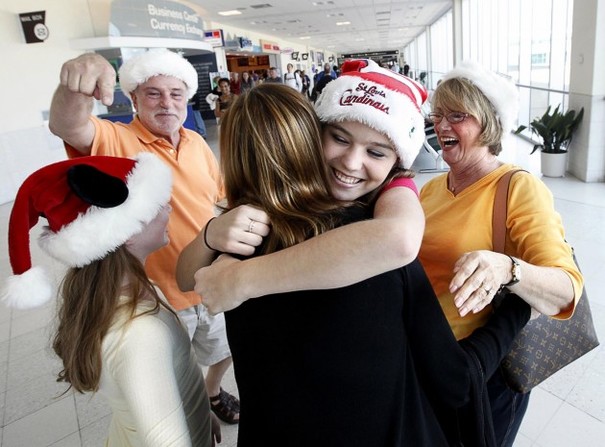 Grant and Dorothy were mostly in excellent health. Over the last five years, they had relatively few medical problems or concerns. They had received their checkups and had done all the necessary preventative care.

The most glaring thing in their life was that three months previously, their life had changed significantly. Their youngest son had left home to go to college. That meant that they were now empty nesters. Two of their oldest children had been married in the last three years. They had two grandchildren, with a third on the way.

When Doug left for college, they felt a hole in their life for the first two weeks. They weren’t sure what to do and how to feel. Slowly they began to try new things. They started to go to Applebees every Monday night. They picked up pickleball and got together with their friends. It took a few months, but they were beginning to feel a little less lonely.

Christmas break arrived, and they were extremely excited to have everyone back in their house. The bustling of crying babies and feet pounding up the stairs was a good thing. They knew that in another few days, it would all come to an end.

One early afternoon, a day before Christmas, Dorothy came downstairs and began reporting to Grant that she was feeling off and short of breath. That quickly turned to feelings of dizziness, feeling tingly, and having a dry mouth. At first, Grant thought she was having an anxiety attack about Christmas the next day or that she had overexerted herself cleaning and getting ready for the traditional Christmas Eve feast. But soon, Dorothy was lying on the couch, unable to keep her eyes open and feeling terrible.

Grant realized that this was an emergency. An ambulance was called, and it arrived a few minutes later. An IV was started, and Dorothy was placed on oxygen. This helped a little, but she was becoming increasingly difficult to arouse. Grant went with Dorothy in the ambulance. Only a portion of the rest of the family was at home. They would follow to the hospital a short time later.

The ambulance arrived at the hospital, and there had been no change to Dorothy. She was wheeled into the emergency room and a single cell room. The doctor came in and asked a few basic questions. Dorothy appeared to be trying to answer the questions, but she was slurring her speech and was distant. The doctor couldn’t understand what she was saying. Her vitals were normal, and she was stable. The doctor turned to Grant and started asking about her medical history and what exactly had happened today.

Grant answered each question, and he could tell that the doctor was becoming increasingly alarmed. Because of her condition and her age, the doctor began a series of tests. The next hour or two was full of different tests checking the brain, heart, and tons of blood work. She was given only a slight amount of IV fluids.

The family arrived and waited in the waiting room. Every thirty minutes, Grant would head out and give an update on which test they were running. About an hour and a half, after Dorothy had first arrived, Doug arrived. The family quickly caught him up on what was happening. Twenty minutes later, Grant came out to give another update. 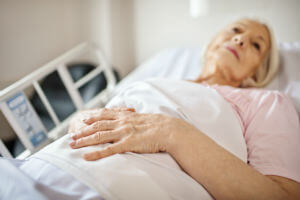 There was a cheer from the family.

Grant continued, “Even better news. The CT showed that there wasn’t a stroke. Nothing else is wrong with the brain. We are just waiting on some additional tests. Mom is still pretty dizzy, but she is able to answer most questions and is doing a ton better.”

There were hugs and more cheers.

Grant turned to walk back into the emergency room when Doug came up to him. Doug said, “Hey, Dad. Can we talk?”

“Glad you made it. I have to get back in there to see your mom.”

“I really need to talk with you for a few minutes. It is important,” Doug insisted.

Doug said, “Can we talk in the other room?”

“I guess. Is everything alright?”  For the first time, Grant noticed that his son was looking sick. He was pale and sweating and appeared uncomfortable. “Are you feeling alright?”

Grant thought he knew what this was about. “Mom’s fine. It was a little scary there for a minute. Blood work shows no heart attack. CT shows no stroke. They will watch her tonight….”

“What are you talking about?” 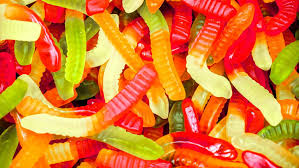 Doug took a deep breath. “Earlier today, I think that mom was cleaning my room.”

“I can imagine that she was.”

“I had some candy in my room. And several pieces are missing.”

Confused, Grant said, “What does that have anything to do with what is going on with your mom?”

“The candy isn’t your normal candy.”

“What are you getting at?”

“If you take a few of the gummies, it causes you to feel really relaxed. Can you ask mom if she ate any of these?”

“Are you saying that these are special candies?”

“Just ask her,” Doug said, and he quickly walked away.

Returning to Dorothy’s room, Grant didn’t even have to ask. The answer was obvious as Dorothy was midway through the motion of putting what appeared to be a gummy worm into her mouth. Grant rushed over and prevented her from eating the candy.

The doctor was called into the room, and the situation was explained. He seemed to understand quite quickly what had happened. Once Grant had said, “gummy,” the doctor was nodding.

Dorothy remained in the hospital until early Christmas afternoon. With IV fluids, some medications, and a good night’s sleep, she was feeling much better as she returned home. Doug was mortified, and he apologized profusely to both his parents. Later that night, after dinner, Grant whispered to Doug, “You don’t know how lucky you were that the police weren’t called.”

When the family went off on their separate ways a few days later, Grant and Dorothy were happy to see them go. They had earned a few months of relaxation.